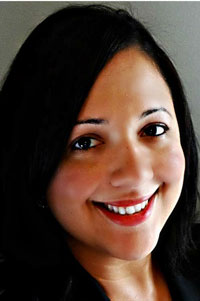 “My passion comes from my clients. They give me strength to fight for their cause. I go above and beyond to make sure that they know I care and I’m available. It’s important that they feel they have someone in their corner that they can depend on and will listen.”

Lawyer Michelle Medina graduated Cum Laude from Rollins College in Winter Park, Florida with a degree in Sociology and Communications. She was very active on campus becoming a leader and a catalyst for change. She founded the first Latin Sorority on campus who has since then expanded throughout the State of Florida. As President of the Latin American Student Association, the Organization went to win the Organization of the Year. Her drive has always been to represent the Latin community and aspired to always help the disadvantaged. As a result, she decided that law school would be the best avenue in accomplishing that goal. While attending FAMU College of Law, Ms. Medina became President of the Hispanic American Law Student Association. That year, the organization was not only recognized in the Hispanic community of Central Florida , but also awarded the Organization of the Year. As a result of her presence in the Hispanic community, Ms. Medina was awarded the Appreciation & Leadership Award by Holland & Knight LLP.

After graduating FAMU College of Law, she immediately worked for the Office of the Public Defender in the 9th Judicial Circuit. Ms. Medina has an aggressive approach to all her cases and prides herself in taking time out for her clients to help them through the most difficult time in their lives. She has been described by others as being “all heart” and “all fight”. Thus, it wouldn’t come as a surprise that Ms. Medina would be nominated by the National Trial Lawyer’s to join their Top 40 under 40 of America’s young top trial lawyers and is The Baez Law Firm’s Managing Partner.  On a personal note, Ms. Medina was born in Hawaii, but her parents are from the Dominican Republic. She is completely fluent in Spanish. In her spare time, she enjoys helping the community and spending time with her family.