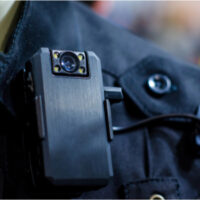 On October 1, Florida implemented a new law which provides an exemption under the Open Government Sunset Review Act, allowing for law enforcement’s body camera footage to be kept confidential where it could otherwise be made available.  Due to the broad text of the new law, there are a number of concerns that the public could now have a more difficult time obtaining access to footage where law enforcement may seek to block its release due to police misconduct.  Specifically, there are some concerns that this could affect the ability for a defendant to obtain the evidence that they need, quickly, in order to properly defend their rights. However, the law also allows for courts to make independent rulings as to whether the footage can still be released.

Specifically, the law dictates that body camera recordings or portion thereof may be kept confidential and exempt from public disclosure if taken within:

While the bill still allows for law enforcement agencies to disclose the recordings to government agencies and individuals depicted in the footage, it also introduces a new authority to police to deny the recordings as well, especially when it comes to their release to the public.

However, it also allows a court to grant access to the footage pursuant to a court order, dictating that the court can consider the following factors in deciding whether it will be disclosed:

Law enforcement agencies are also provided with notice of and an opportunity to participate in any hearings involving disclosure of body camera recordings.

The Use of & Access to Police Body Camera Footage in Florida

What inspired the legislature to remove requirement that police body camera footage be subject to the Open Government Sunset Review Act remains a mystery: According to results from surveys taken by the Oversight, Transparency, and Public Management Subcommittee, sheriffs’ offices and police departments did not take issue with the previous public record exemption that was eliminated, and, in fact, indicated that they preferred it be reenacted without changes; indicating that this law was not the result of individual police departments pushing to repeal the exemption.  The North Port Police Department (Sarasota County) is currently the only Florida police department that has body cameras, although a law requiring all police to wear the cameras is desperately needed in order to ensure that citizens’ civil rights are protected in encounters with the police.

If You Have Any Questions or Concerns About Your Rights & The Police, Contact Florida Defense Lawyers at The Baez Law Firm

If you have any questions or concerns about your privacy and/or rights with respect to interactions with the police or your defense, contact The Baez Law Firm today. Our Orlando criminal defense attorneys can provide you with the guidance and representation you deserve.