Police Officer In Apopka Arrested And Charged With DUI After Crash 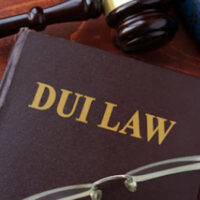 According to a report from the Orlando Sentinel, an officer of the Apopka Police Department has been arrested and charged with a DUI and several other offenses in relation to a crash. Sara Muni, 31, is facing a number of criminal charges after a physical altercation with the other motorist involved in the collision. In this article, our Orlando DUI defense lawyer discusses the charges and explains the key things to know about drunk driving accident charges.

The motor vehicle collision at issue in this case occurred near the intersection of East Anderson Street and South Bumby Avenue in Orlando, Florida. Officers from the Orlando Police Department responded to the scene of the crash. Upon arrival, they determined that Sara Muni, an officer of the Apopka Police Department, had pushed the other motorist and made verbal threats. Ms. Muni is also accused of holding the other driver’s door shut so that he could not exit his vehicle. The responding officers observed signs of intoxication. However, Ms. Muni refused to submit to a DUI test. She was arrested and charged with several different criminal offenses.

An Overview of Criminal Charges Filed in this Case

Due to the altercation at the scene of the accident, the defendant—the Apopka police officer—is facing a number of different criminal charges. Specifically, she has been charged with:

The Apopka Police Department told reporters that this officer has been suspended from the police force without pay while the matter is being adjudicated, in accordance with department rules.

At The Baez Law Firm, our Orlando drunk driving defense lawyer fights aggressively to protect the rights and the future of our clients. If you or your family member was arrested and charged with a DUI in relation to an accident, we can help. Contact us now for a strictly private consultation. We provide DUI defense representation throughout Central Florida, including in Apopka, Winter Park, Winter Garden, Kissimmee, Lake Buena Vista, Sanford, and Altamonte Springs.