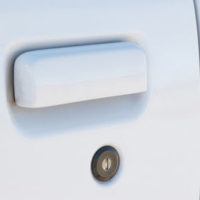 In December, Florida House Bill 927—making it a crime to leave your keys in your car if that car is then stolen by a minor—made it to the Criminal Justice Subcommittee in the Florida House of Representatives. Below, we discuss major potential criminal defense and civil rights issues associated with the proposed bill, which would not only punish car theft victims, but is legally problematic for a variety of reasons, as highlighted by a Florida Today story.

What Does The Proposed Law Do?

As proposed (to go into effect as of October 2018), the bill provides for criminal penalties if a vehicle is not locked in what is vaguely described as a “proper manner” and the vehicle is then subsequently stolen by a minor.

First and foremost, there are obvious public policy issues associated with punishing those who report the facts of a theft to the police and who, under this law, would then technically become “criminals.”

Perhaps even more glaringly, under the bill, these types of “crimes” would be virtually impossible for prosecutors to actually prosecute. For one, the car thief would have to serve as the prosecution’s chief witness, which is problematic in many respects.

Evidence Provided By a Criminal Defendant Used Against Them?

In addition, in order to bring a case to trial, prosecutors must first have a good faith belief that there is sufficient evidence to prove that the citizen is guilty beyond a reasonable doubt, and that this can successfully be proven at trial. In the context of this legislation, that evidence would depend entirely upon the car thief victim admitting to police and the prosecution that they left the keys in the car. That evidence then being used to prosecute that same car thief victim raises multiple constitutional and civil rights concerns.

Car Thieves Able To Point the Finger at Victims

Also of concern is the potential for a law like this to provide an “out” for car thieves, who could arguably use it to blame the victims and claim that the crime was their fault because they left their keys in the car. In a criminal justice system which is based on certain actions happening or not happening “but for” a preceding event, this law would effectively hand this argument over to car thieves, who could then claim that the theft would not have occurred “but for” the victim first “breaking the law” by leaving their keys in the car.

If you have been the victim of the unintended consequences of a foolish law, and this has resulted in a civil right violation and/or a negligent criminal charge against you, contact one of our experienced criminal defense and civil rights attorneys at the Baez Law Firm today.