Proposed Legislation Claims To Make Lying In Florida Legislature A Crime—Is It Reasonable? 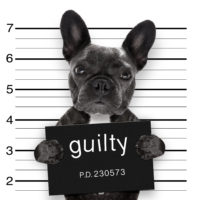 A newly-proposed law in Florida called the “Truth in Government Act” would make it a crime to lie during Florida Legislative hearings. Specifically, it would make it a second or third-degree felony for anyone speaking under oath to “make a false statement” that they “[do] not believe to be true.” The bill threatens imprisonment and fines to anyone who lies during a hearing, however, it also carves out an exception for the legislators themselves.

According to reports, the sponsor of the bill intends to try and eliminate this exception. It is also important to note that the legislation requires proving that the individual knew that they were lying, not just that they may have accidentally uttered a falsehood. A similar effort was made in 2007, which also initially exempted legislators, then did not, and likely as a result, did not pass and get signed into law.

What Does The Legislation Do, Exactly?

The bill itself goes into a significant amount of detail beyond just the issue of truthfulness when appearing before legislative committees. Specifically, it amends existing law to provide standing committees, select committees, or subcommittees therefore, with the power to:

Third-degree felonies are punishable in Florida by spending up to five years in prison and paying a fine of up to $5,000.  A second-degree felony is more serious—punishable by up to 15 years in prison, additional fifteen years probation, and a $10,000 fine. As noted by some who have heard about the bill, it is concerning that it effectively proposes to “lockup citizens who lie to politicians, but not politicians who lie to citizens.”

If you have been accused and/or charged with any crime in Florida, including one that is arguably vague and could be in violation of your rights, such as your right to free speech, contact our experienced criminal defense attorneys at the Baez Law Firm today to find out how we can help.