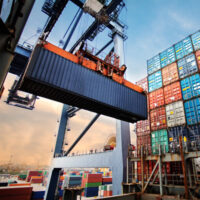 Proving illegal employment discrimination can be tricky. In many cases there is no “direct” evidence of discrimination–i.e., your boss said you are fired because you are Black. That is why Florida courts permit plaintiffs in these cases to prove discrimination entirely through circumstantial evidence.

The most common way to do this is by satisfying what is known as the McDonnell Douglas framework. (The name comes from a landmark U.S. Supreme Court decision on this subject.). Essentially, the McDonnell Douglas framework requires the plaintiff to provide circumstantial evidence that they not only belonged to a protected class and suffered an adverse employment action, but that the employer treated “similarly situated” employees outside of that protected class differently. For example, if an employer enforced a particular employment policy more harshly against Black employees than non-Black employees, that would satisfy the test.

Alternatively, a plaintiff can present a “convincing mosaic” of circumstantial evidence that shows the employer had a “discriminatory intent.” Here, the legal test is whether the evidence presented is sufficient for a jury to “infer” the employer took adverse action based on a legally protected characteristic.

The U.S. 11th Circuit Court of Appeals recently addressed the differences between these two frameworks. In Jenkins v. Nell, the plaintiff worked as a crane operator in Georgia. The plaintiff in this case was actually white. He alleged that his Black supervisor had discriminated against him and other white crane operators.

The McDonnell Douglas standard did not apply, the appellate court said, because the plaintiff could not provide any evidence of a “comparator”–i.e., a Black employee who was treated differently for threatening a supervisor as the plaintiff did. But the convincing mosaic standard does not require a “strict comparator.” Here, the plaintiff did produce evidence from other white crane operators who left the company due to the supervisor’s behavior, as well as racially-biased comments made by the supervisor. This could support an “inference of discrimination,” the 11th Circuit said.

If you have been the victim of any form of race or sex discrimination, it is crucial to seek out legal advice from an experienced Orlando civil rights attorney. Contact the Baez Law Firm today to schedule a consultation with a member of our team.