Racial Bias Leads to Arrest at Starbucks and Nationwide Protests 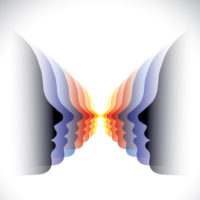 A racial profiling event that occurred at Starbucks has captured news headlines, and even led the chain closing down for two days in order to provide its employees with “racial-bias education.” Specifically, two black men were arrested while waiting at one of the coffee chain’s stores last week, after doing absolutely nothing.

The chief executive of the company has now apologized for what he calls “reprehensible circumstances” that led to the arrest.

Reportedly, the police were called by the store manager, who reported that the two men refused to make a purchase or leave the store after asking to use the restroom. Officers then arrived at the scene, and requested backup due to “a group of males causing a disturbance,” ultimately arresting the men for “trespassing.”

The men were arrested and held for nearly nine hours, after which no charges were filed against them. According to the District Attorney’s office, there wasn’t sufficient evidence to charge them with a crime.

Clearly, calling the police was completely inappropriate in this case. However, the police have not responded in a similar fashion as Starbucks, and have instead insisted that the police officers involved did exactly what they were supposed to. Instead, the Police Commissioner indicated that more body-worn cameras are needed in order to present different “perspectives” of police responses.

Starbucks has historically left this issue up to the discretion of store managers as opposed to having a firm policy in place regarding whether customers need to purchase something in order to be in the store and/or use the restrooms. However, officials with the company did point out that it is common practice for people to drop in and use the WiFi at the stores and/or meet with others without necessarily purchasing anything.

Discriminatory issues as they relate to private businesses have been the subject of recent debate, especially as the U.S. Supreme Court prepares to review a case involving a baker in Colorado who refused to do business with a couple because they are gay. Many believe that religion is frequently used to justify discrimination in this way.

Racial profiling is just one example of race discrimination. It is illegal to treat people differently based on their skin color.

At the Baez Law Firm in Orlando, we help file cases against those who have wrongfully discriminated against people in violation of one’s civil rights. Contact us today if you or a loved one has been the victim of racial discrimination and/or false arrest.