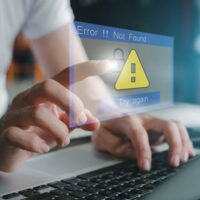 A significant amount of public attention has been put on the issues of police brutality and police misconduct in recent years. People from communities all across the country are demanding more accountability and greater transparency. As part of the state response to the public outcry, Florida officials created a new law enforcement misconduct database.

However, activists and reforms claim that the state’s database is falling short. According to a report from Government Technology, most complaints raised against law enforcement officers in Florida do not appear in the database. In this article, our Orlando civil rights attorney discusses the report in more detail and explains your rights if you were a victim of police brutality.

Background: Florida Unveiled its Police Misconduct Database in July of 2022

In July of 2022, our state officially unveiled the Florida Officer’s Discipline Database. It is a public website through which you can search for police misconduct records using an officer’s name, department, and their approximate start date. The public database has been touted by Florida lawmakers as an important step towards more accountability and transparency.

Activists and Reformers Argue that the Florida Database has Major Holes

Community activists and police reform advocates contend that the Florida Officer’s Discipline Database is not sufficiently comprehensive or transparent. While they acknowledge that the creation and implementation of the database is important, they also argue that there is a long way to go to ensure that the public has access to all of the information that it needs. The primary issue:

In effect, this means that a law enforcement officer in Florida will only appear in the database if they have been convicted of a felony or have been found guilty of a serious moral character violation. A police reform advocate cited in the report uses former Minneapolis Derek Chauvin as an illustrative example. Before being convicted of the murder of George Floyd, Mr. Chauvin had nearly two dozen citizen complaints filed against him. However, he had no prior felony conviction of guilty finding of a serious moral character violation. He would not have been listed in Florida’s database prior to the murder of George Floyd.

Victims of Police Brutality Have the Right to Seek Justice

Were you the victim of excessive force in Florida? You have a right to file a legal claim directly against the responsible officer and responsible law enforcement agency. Police brutality is a civil rights violation. A type of federal lawsuit called a Section 1983 claim allows citizens to sue police officers and police departments for harm caused by excessive force committed under the color of law.

At The Baez Law Firm, we are tireless, experienced advocates for justice. If you or your family member was a victim of excessive force, police brutality, or any other law enforcement misconduct, our team can help. Contact us today to set up your fully private review of your legal case. From our offices in Orlando and Miami, we provide civil rights representation throughout all of Florida.