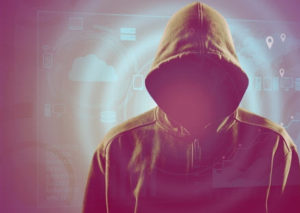 Stalking is a very serious offense under Florida law, as well it should be. From a victim’s perspective, stalking is one of the more scary crimes that can be committed against them. Stalking not only involves an invasion of privacy, but it also incites a great deal of fear in the victim, and more often than not results in grave harm or danger to the victim. Because of this, stalking is a criminal offense in all 50 states; however, in Florida, stalking can be charged as a misdemeanor as well, which will be explained in more detail later on. No matter the degree of stalking committed, however, the perpetrator can expect to spend up to at least one full year in jail for the crime.

What is Considered “Stalking”?

Stalking is generally considered to be a pattern of following, watching, or monitoring another person with the sole intent to harass, frighten, intimidate, threaten, or cause emotional duress. The act of stalking is varied in nature, and can include the following:

Under Florida law, a person who repeatedly, willfully, and maliciously follows or harasses another person is guilty of a misdemeanor of the first degree, punishable by up to one year in prison and a $1,000 fine. However, should the stalker repeatedly, willfully, and maliciously follow or harass another individual, and make a credible threat towards that person with the intent to cause fear of death or bodily harm, the offender will be charged with a third degree felony, punishable by up to five years in prison, and a $5,000 fine, or no less than five years, and no more than 10 for a habitual felony offender.

At The Baez Law Firm, our Orlando domestic violence lawyers have a thorough understanding of Florida stalking laws, and have used that knowledge to our advantage to help clients fight the charges brought against them. If you have been charged with stalking in Orlando, contact our criminal defense firm right away. Call our team at 800-588-BAEZ to schedule your free consultation today.