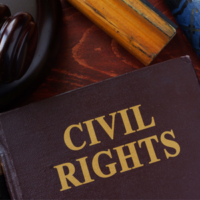 The Fourth Amendment protects you against “unreasonable searches and seizures” by the police. This means that if the police use excessive force in the process of detaining or restraining you, that can provide the basis for a federal civil rights lawsuit against the offending officers. But the mere “application of force” by itself does not trigger a civil rights violation.

Chief Justice: Shooting at a Suspect Is Still a “Seizure” Even if the Suspect Gets Away

The United States Supreme Court recently issued a landmark decision clarifying the scope of what qualifies as a “seizure” for purposes of the Fourth Amendment. The case before the Court, Torres v. Madrid, involves an ongoing civil rights lawsuit against two New Mexico police officers. One day in July 2014, a total of four officers went to an apartment complex in Albuquerque to execute an arrest warrant.

The plaintiff in this case was not the subject of that warrant. However, she was standing in the parking lot of the apartment complex. When she saw the officers approaching with their guns drawn, she mistook them for potential carjackers. The plaintiff therefore got into her car and sped away. Two of the officers then fired their weapons–a total of 13 shots–in an attempt to stop her.

The plaintiff, still believing this was a carjacking, abandoned her vehicle in a nearby parking lot and proceeded to steal another car that was idling. She then proceeded to drive to a hospital 75 miles away to receive treatment for her gunshot wounds. Police eventually arrested the plaintiff on the charge of “aggravated fleeing from a law enforcement officer” and stealing the car. The plaintiff would enter “no contest” pleas to those charges.

The plaintiff subsequently filed her federal civil rights lawsuit against the two officers that fired their weapons at her. Two lower federal courts dismissed the case, holding that a “suspect’s continued flight after being shot by the police negates a Fourth Amendment excessive-force claim.” The lower courts also stated that there was no “seizure” for Fourth Amendment purposes since the police never asserted or obtained physical control over the plaintiff during her flight.

The Supreme Court disagreed. Chief Justice John G. Roberts, Jr., writing for the Court, held that the “application of physical force to the body of a person with intent to restrain is a seizure even if the person does not submit and is not subdued.” It does not matter if that force was applied “from a distance,” Roberts said, as the Fourth Amendment is about protecting the “privacy and security of individuals” from the state. It was therefore not necessary for the plaintiff to allege the officers acquired “physical control” over her. The mere fact the officers fired their weapons with “the intent to restrain her movement” was sufficient for their actions to qualify as a potentially unreasonable “seizure.”

The Supreme Court’s ruling basically closes a loophole that had allowed many police officers to escape excessive force lawsuits simply because their victims managed to escape without being immediately restrained. While the Court did not rule on the actual merits of the New Mexico case, at least the plaintiff will now have her day in court.

If you have been the victim of excessive force by the police and need legal advice from a qualified Orlando civil rights attorney, contact the Baez Law Firm today to schedule a consultation.