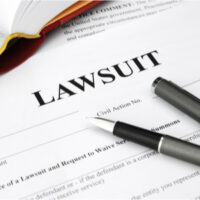 Since the September 11 attacks nearly 20 years ago, Muslims living and working in the United States have faced an increasing barrage of attacks on their basic civil rights. Recently, the United States Supreme Court unanimously took an important stand on behalf of Muslims when it held that two men could sue the Department of Homeland Security over allegations they were illegally placed on the federal government’s “No Fly” list in retaliation for refusing to spy on their fellow Muslims. The Court’s decision marks a critical turning point in how the law views religious freedom and expression in America and could encourage more Muslims and other persecuted religious minorities to take a bolder stand against illegal discriminatory practices.

The First Amendment to the U.S. Constitution forbids Congress from passing laws that interfere with the “free exercise” of any religion. The Supreme Court has long interpreted this to mean Congress may also not take any action that unduly “burdens” a person’s ability to freely practice their chosen religion. But the Court has also said Congress (or the states) may adopt laws that are generally applicable to everyone, even if they happen to burden religion. For example, in a 1990 case, Employment Division v. Smith, the State of Oregon denied unemployment benefits to two Native American men who were fired from their jobs after failing a drug test. Both men used peyote as part of a religious ceremony. The Supreme Court said that since peyote use was illegal, and the law did not specifically target certain religions, the state’s actions did not violate the First Amendment.

Public outrage over the Smith decision led Congress to adopt the Religious Freedom Restoration Act (RFRA) in 1993. This Act, which applies to the federal government, provides that as a general rule, even a “generally applicable” law cannot “substantially burden a person’s exercise of religion,” unless the government narrowly tailors its rules to meet a “compelling interest.”

This brings us to the case recently decided by the Supreme Court, Fnu Tanzin v. Tanvir. As noted above, the plaintiffs in this case are two Muslim men who claimed the government illegally placed them on the “No Fly List” because they would not agree to act as “informants against their religious communities.” The plaintiffs’ original lawsuit sought both an order removing them from the No Fly List, as well as monetary damages against the individual agents who allegedly put them on the list in the first place.

In response to the lawsuit, the Department of Homeland Security removed both plaintiffs from the No Fly List. The only issue before the Court, then, was whether the plaintiffs could continue to seek monetary damages against the individual agents. By a vote of 8-0, the Supreme Court said they could. Writing for the Court, Justice Clarence Thomas noted that monetary damages are “commonly available against state and local government officials” in civil rights cases. And in many cases brought under the RFRA, monetary damages are the “only form of relief” that may be available to a victim. While Congress is free to shield individual government employees from liability, Thomas said Congress declined to do so here, and it was not the Court’s role to “create a new policy-based presumption against damages against individual officials.”

The Court’s decision should put all employees of the federal government on notice: Violate the religious freedom of individuals at your own peril. If you have been subjected to religious discrimination by a government official and need legal advice and representation from an experienced Orlando civil rights attorney, contact the Baez Law Firm today to schedule a consultation.