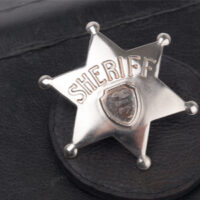 On March 30, the U.S. Supreme Court agreed to hear what may very well turn out to be one of the most notorious police misconduct cases that the high court has ever reviewed in Brownback v. King. Six years ago, local police and the FBI, in partnership, mistook defendant James King for a wanted fugitive, seized him, and physically beat him into submission (while also choking him into unconsciousness), ultimately arresting and charging him with three felonies. After being acquitted of all charges by the jury, King filed a Bivens claim, arguing that federal agents violated his Fourth Amendment rights against unlawful search and seizure, as well as filing for damages under the Federal Tort Claims Act (FTCA), which waives sovereign immunity for assault and battery committed by federal agents where private citizens could be sued in similar circumstances.

The Justice Department has now asked the Court to throw out the case and dismiss any finding of liability against the officers involved, using the argument that because the district court dismissed King’s FTCA claim, his Bivens claims must also automatically be dismissed due to the Act’s “judgment bar,” which prevents duplicative litigation and filing new claims on the same subject matter if they have already been decided on the merits (an argument that the 6th Circuit Court of Appeals already rejected). Specifically, the question now before the Court is whether a final judgment under the FTCA also bars a claim under Bivens if the parties are the same, based on the same injuries, and where the acts gave rise to the FTCA claim.

There is no question that the outcome of the Court’s decision on the case will have major implications for all future excessive force lawsuits. If the Court sides with the Department of Justice, it will become extremely challenging to sue the government over police misconduct and police brutality, in particular.

If Your Civil Rights Have Been Violated by Federal and/or State Police in Florida, Contact Our Dedicated Civil Rights Attorneys

Holding the government and its officers accountable for police misconduct and violating someone’s constitutional rights becomes more difficult when state and federal police work together in the form of a federal and state partnership. This is because officers can be accused of violating their federal authority, while claiming that they were relying on their state law authority, and vice versa, ultimately making it difficult to hold them accountable.

If your civil rights have been violated, The Baez Law Firm will work hard to ensure that they are defended or restored, and that you are compensated for any harm done to you. Contact our Orlando civil rights attorneys today for a free consultation to find out more.