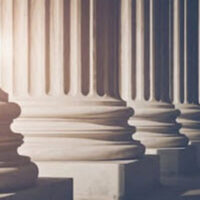 Police often provide “community caretaking” functions that are not necessarily related to law enforcement. For example, police often respond to calls to assist a person who may be missing or otherwise in distress. As a general rule, a police officer does not require any sort of warrant to perform these caretaking functions. At the same time, the fact that an officer renders such aid does not automatically create an exception to the Fourth Amendment rules governing searches and seizures of potential evidence for use in a criminal investigation.

The U.S. Supreme Court recently clarified this point in a decision, Caniglia v. Strom, where the justices unanimously rejected the idea of a broad community caretaking exception to the Fourth Amendment’s warrant requirements. The specific case before the Court originated in Rhode Island. A man argued with his wife. The argument escalated to the point where the man–the petitioner in this case–retrieved a handgun from his bedroom, placed it on a table, and asked his wife to “shoot me now and get it over with.”

Obviously, the wife did not shoot the petitioner. Instead, she left the house and spent the night at a hotel. The next day, when the wife was unable to reach the petitioner on the phone, she called the local police to request a “welfare check” of her husband.

Justice Clarence Thomas, writing for the Court, said the First Circuit’s ruling “goes beyond anything this Court has recognized” with respect to community caretaking. The officers had neither a search warrant nor the petitioner’s consent to enter his house. Furthermore, there was no evidence presented in the lower courts to suggest there were exigent (emergency) circumstances to justify a warrantless search. While the Court has previously authorized police to search impounded vehicles for weapons–an extension of their role in patrolling public highways–Thomas said the same principle did not apply to warrantless searches of private residences.

The Supreme Court’s decision makes it clear that just because the police are asked to perform a welfare check on a person who may be in distress, that is not a license to search their home or seize their property. If the police have violated your rights in this manner and you need legal advice or representation from a qualified Orlando civil rights attorney, contact the Baez Law Firm today.