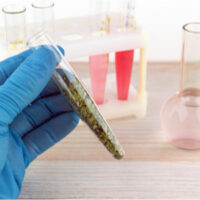 The Florida Supreme Court could soon hear an interesting case that involves criminal charges related to drug and homicide charges, as well as product liability issues, and how they overlap in terms of determining fault in cases where defendants were under the influence of a substance. There is no question that the outcome could be significantly determinative for both areas of law and criminal defendants who are accused of crimes while under the influence of drugs and/or alcohol.

The case involves a car accident allegedly caused by a man who was high on synthetic marijuana (known as “spice”), who ran into a car, and, in the process, killed three people while he was under the influence of the substance. The product was marketed as potpourri and labeled “not for human consumption.”

While the driver has already been convicted of vehicular homicide, the families of the victims also filed a civil lawsuit against both the driver (defendant) and the company that produces the synthetic marijuana (DZE Corp), with a Leon County jury finding that manufacturer DZE was actually 65 percent at fault and the defendant was only 35 percent at fault for the accident that resulted in the deaths.

However, the First District Court of Appeal reversed this decision and found that the manufacturer should not be held liable, finding that the defendant’s criminal conduct was the sole proximate cause of the deaths under Florida state law because he voluntarily consumed the product, became intoxicated, and illegally decided to drive. The appeals court indicated that the issue was a matter of law, and should not have been left to the jury as the fact-finder because it involves deciding what was the sole superseding proximate cause of the accident that resulted in the deaths, where the facts are “unequivocal” and “the evidence supports no more than a single inference.” The court concluded, therefore, that the trial court never should have allowed a jury (instead of a judge) to decide on the issue.

The families of the accident victims have now requested that the Florida Supreme Court review this decision, arguing that it expressly conflicts with a decision of another court on the same question of law.

If you are facing criminal charges in Florida, or have any questions about serious bodily injury that results from consumer products that endanger the safety of consumers, contact The Baez Law Firm. As both highly experienced and lauded Orlando criminal defense attorneys and civil litigators, we have the superior forensic science knowledge to benefit our client.