The Arbitrary, Unfair Nature of White-Collar Criminal Prosecutions in The US 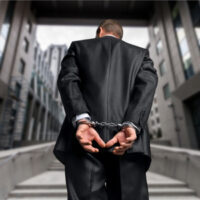 The US still doesn’t truly have one definition of “white-collar crime.” While the FBI defines the term as being synonymous with the full range of fraud crimes characterized by concealment, deceit, or violation, and committed by government professionals and businesses, still, this does not reconcile whether, for example, toxic dumping or using a counterfeit bill exists alongside crimes involving fraud and tax evasion. As a result, there is a truly arbitrary nature when it comes to those prosecuted for white-collar crimes, and, without a definition, there is no real measurement of the crime either.

According to recent media reports, white-collar crime enforcement has essentially been defunded and continues to decline fast under President Donald Trump. Specifically, the US Justice Department has prosecuted fewer of these crimes that at any time in the last 30 years, and federal prosecutions of white-collar crimes have been at their lowest levels on record, decreasing by 25 percent compared to enforcement levels against companies taken five years ago and 76 percent compared to those taken during the entire Obama administration. Still, that doesn’t seem to have eliminated the arbitrary nature of these charges: Criminal prosecutions of high-status white-collar crime still tends to focus on one offender while ignoring all of the others linked to the crime, such as the banks and insurance companies involved with the funds. In addition, according to FBI reports, white collar criminal prosecutions also tend to target the middle class, where the average value of property lost is around $200.

The Importance of Being Able to “Measure” White-Collar Crime

In order to ensure fairness in the justice system, before white collar criminal prosecutions can be brought, white collar crime must be measurable and definable, and some have suggested measuring the crime beyond just its economic costs and also looking at additional “costs” to victims, including the social and political costs; for example, the “cost” of losing one’s home, the effect on one’s earnings, health/medical bills, credit, psychological harm, job, reputation, etc.

If You Have Any Questions or Are Facing Criminal Charges, Contact Florida’s Preeminent Criminal Defense Firm

For those facing federal charges, the chances of pleading guilty in many of these cases are exceedingly high because of the financial burden of going to trial and/or the long sentence that can await them. For example, for charges such as conspiracy to commit mail and wire fraud, a defendant can take a plea stating a prison sentence of two months in prison, or go to trial, where they can face four to five years in prison. As a result, many government prosecutors strong-arm defendants into guilty pleas.

If you have been accused of a white collar crime here in Florida, our Orlando criminal defense attorneys can help. We have decades of experience defending clients facing a wide range of high-profile charges, and provide the very best in legal representation. Contact us at the Baez Law Firm today to find out more.