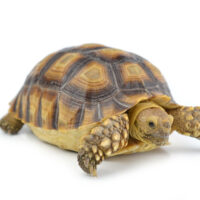 In late October, Florida wildlife officials charged two suspects in connection with thousands of turtles taken (poached) as part of a trafficking ring. The investigation and arrests were launched after wildlife officials received a tip in February 2018.  According to the Florida Fish and Wildlife Commission (FWC), approximately $60,000 worth of turtles (more than 4,000 individual turtles) were trafficked out of Florida in one month alone. The turtles were sold for $300 each, but retailed for as much as $10,000 in Asia, making them worth approximately $200,000 on the black market. The charges represented the state’s largest seizure of turtles.

According to investigators, wildlife traffickers were catching the turtles in Florida and selling them to large scale reptile jewelers and illegal distributors, who would ship them overseas on the black market. The poachers depleted the species so significantly that they had to expand to different areas of the state. A number of the turtles ended up in international markets in Asia, or were also sometimes traded for drugs with traffickers. However, as a result of the investigation, approximately 600 turtles were returned to the wild here in Florida, while those that were not native to the area were retained by a captive wildlife licensee.

According to the FWC, turtles are one of the most threatened species on the planet and illegal trade is having a significant impact on the species. In fact, illegal wildlife trade ranks closely behind smuggling of drugs, guns, and humans.

Wildlife crimes are common here in Florida. The law breaks down these crimes into four categories:

The first two categories involve poaching crimes, which include hunting out of season and possessing wildlife, however, approximately 50 percent of all wildlife offenses that occur in Florida involve improper permitting, or a failure to obtain the appropriate hunting or fishing license for a particular activity. However, most wildlife crimes go undetected.

In this case, the two suspects were specifically charged with:

If You Face Wildlife Crimes in Florida, Contact Our Criminal Defense Attorneys

If you have been arrested for wildlife crimes, contact our experienced Orlando criminal attorneys at the Baez Law Firm today to find out how we can help.