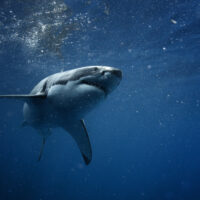 One of the men in Florida who was charged two years ago with felony counts of aggravated animal cruelty after helping to drag a shark to its death was recently sentenced to jail for 10 days, which the court found could be served on the weekends. In addition to the video of dragging the shark, other fish and game violations committed by these men emerged, including those showing the men shooting at sharks and pouring alcohol down fish’ throats while they were still alive.

While he initially faced felony charges, the one man who was sentenced to 10 days in jail – Robert Lee Benac – took a plea for misdemeanor charges and aggravated cruelty to animals, as well as violating Fish and Wildlife and Conservation Commission rules. He was also given 12 months’ probation and ordered to perform 250 hours of community service, as well as pay a $2,500 fine.

From Not Guilty to Guilty Pleas

Initially, the three men had entered non-guilty pleas over the incident, however, after the video went viral and attention was drawn to the issue due to comments from celebrity fishermen and others, Governor Rick Scott got involved and requested that Florida Fish and Wildlife press charges for the crime, and this could have placed a significant amount of pressure on the men to plead guilty to lesser charges. In addition to other videos emerging showing the men pouring beer into the gills of fish and a hammerhead shark, other photos reportedly emerged, showing the men posing with protected species, including spotted eagle rays and pelicans.

The final sentence is a far cry from what each man originally faced, which included two counts of aggravated animal cruelty (a third-degree felony), punishable with up to five years in prison and a fine of $10,000. However, these types of charges are rare here in Florida, especially when it comes to charging individuals with animal cruelty for alleged crimes committed against fish. In fact, in a number of states, certain types of animals have been held to exist entirely outside of animal cruelty statutes; for example, not only fish, but also mice, crustaceans, all animals without spines, and others. Still others argue that some states, like Florida, intended to cover all living animals, including all marine life, if the activity involves “abusing and torturing.”

If you or a loved one has been charged with animal cruelty or similar crimes, contact our experienced Orlando criminal attorneys at the Baez Law Firm to find out how we can provide you with the very best legal defense and help ensure that your rights are protected.