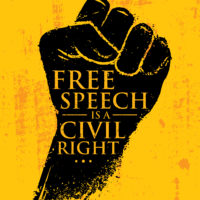 In part II of this series, we address some of the legal changes that were made by voters in the November 6, 2018 elections, and how that affects Floridians and their civil rights. Specifically, on November 6, Florida voters approved Amendment 4, which restores voting rights in the state for individuals previously convicted of some felonies, and also banned greyhound racing throughout the state, as we discuss below.

Amendment 4 restores voting rights for anyone in the state of Florida convicted of a felony as long as they completed their sentencing unless they were convicted of a felony sex offense or murder. This is expected to affect more than nine percent of the overall voting population in Florida, or approximately 1.5 million people.

This is expected to have a large impact on communities of color who have been disproportionately targeted by law enforcement. Specifically, as of 2016, more than 400,000 black people (or almost 18 percent of the entire population of black voters in the state) had completed their sentences but still could not vote simply due to previously having a felony record.

Florida was one of only three states currently involved in this practice (alongside Iowa and Kentucky). Restrictions such as these have historically been instituted and justified by relying on the 14th Amendment, which allows the government to “abridge the right to vote due to participation in rebellion or other crime.” Florida’s process of restoring voting rights to ex-felons has long been the subject of controversy and already shot down by some courts. Individuals had to wait sometimes as long as seven years to apply, and the review process was entirely up to a small panel of individuals that included Governor Rick Scott. Since the process was implemented, only an estimated 3,000 out of more than 30,000 had their voting rights restored. As a result, it is projected that Florida had disenfranchised more voters than any other state

Amendment 13, which banned commercial greyhound racing, also passed on November 6. This follows on the heels of other animal welfare laws that went into effect here in Florida as of October 1, which impose harsher penalties for animal abuse, making it more likely that animal offenders go to jail if convicted, increases the severity ranking of these types of crimes in general, and prevents those who have been convicted of animal cruelty crimes from owning pets.

If you live in Florida and your civil rights—including due process rights—have been violated, contact our experienced civil rights attorneys at the Baez Law Firm today to find out how we can help.