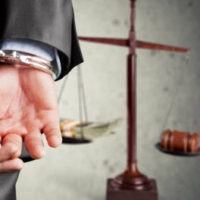 Two cases during the first week of August highlight just how difficult it can be when it comes to convicting individuals for fraud within white collar crimes: As the New York Times covered in “A Lie Might Not Always Be a Crime,” while the jury convicted Martin Shkreli for defrauding investors, for example, the fraud conviction covering the company that built the new World Trade Center was overturned.

When it comes to being charged with fraud, demonstrating that the defendant lacked the intent to commit a crime (i.e. that he or she acted in good faith) is a key defense because, in order to convict the defendant, the prosecutor needs to prove that he or she had fraudulent intent. The central defense in former drug company executive Martin Shkreli’s case was that, even if Shkreli wasn’t always truthful, technically he could not have defrauded anyone because no one lost any money.

However, the jurors ended up convicting Shkreli of securities fraud involving his hedge funds, as well as conspiracy to defraud the pharmaceutical company he founded (Retrophin) because evidence of deceiving investors is enough to convict someone of fraud (regardless of whether the relevant investors actually lost any funds). In fraud cases, the threat of economic harm is enough to secure a conviction against a defendant; you do not need actual harm to investors. When there is evidence that investors were deceived about the potential losses they might suffer, good faith isn’t  enough to overcome the charges.

That isn’t to say that actual economic loss doesn’t affect the case at all, however: Under the federal sentencing guidelines, whether or not actual economic loss was suffered can have an effect in terms of the recommended sentence. For example, under these circumstances, sentencing could be as minimal as a period of home confinement or probation. However, the Judge has some leeway here, particularly if there is evidence that the defendant disparaged the seriousness of the proceedings.

The other case was brought against the company that built the new World Trade Center under the accusation that the Port Authority was misled about whether the company fulfilled provisions set forth in the contract regarding participation goals for minority- and women-owned businesses.  Although there was evidence of deceit in this case, the Judge reversed the convictions after failing to find that fraudulent intent was involved.

If you have been accused of a white collar crime, you should speak with an experienced criminal defense attorney who can advise you of your rights immediately. These two cases highlight just how important it is to establish that if you are being accused of fraud, you lacked any and all fraudulent intent.

At The Baez Law Firm, we’ve defended many clients who have faced these types of high-profile criminal charges. We serve clients throughout Florida and Massachusets; Contact us today for a free consultation.