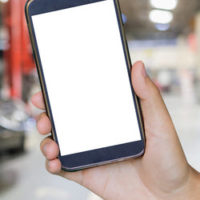 On June 22, the U.S. Supreme Court made a monumental decision strengthening digital privacy and upholding Fourth Amendment protections in the Carpenter v. United States decision, ultimately finding that the government first needs to obtain a warrant in order to access your cell site location.

This decision will not only impact circumstances involving private companies turning over cell phone data to the police all over the country, but could also have implications for other information held by third parties; information that law enforcement often seeks, such as bank records, browsing data, emails, smart-home appliances, text messages, and information based on technology that has not yet been invented. It also eliminates the ability for government parties such as law enforcement to get around the Fourth Amendment’s privacy protections by simply claiming that something involves technology and thus doesn’t qualify for said protections.

The Third Party Doctrine, Cell Site Location, and What Is Private

The government’s argument centered on a legal principle known as “the third-party doctrine,” as linked to two cases from 1976 and 1979, whereby the Court found that law enforcement does not need to first obtain warrants to access bank or call records because the Fourth Amendment does not prohibit obtaining information revealed to third parties.

However, in this case, the Court found that cell site location information fell into a qualitatively different category, effectively allowing law enforcement to paint a complete picture of each citizen’s movements. The decision is also in keeping with rulings made in 2012 and 2014 that an individual’s Fourth Amendment rights were violated when the government placed a GPS tracker on their car without first obtaining a warrant and police need to first obtain a warrant to search someone’s cell phone when they are under arrest.

The Impact of This Decision

Last year alone, AT&T and Verizon received close to 125,000 requests for this data, thus making this decision significant, as law enforcement will not first have to demonstrate that they have probable cause to seek each piece of information before seeking a warrant to obtain it. This private information provided by cell phones is automatically generated whenever a cell phone connects to a cell tower, and the carrier then stores this information for years.

You Still Need To Work With a Criminal Defense Attorney

In spite of this victory, it is important to note that, although the Court recognized that cell phone use is no longer effectively voluntary – but rather, necessary for modern life – the ruling does still leave the door open for police to obtain certain information without first obtaining a warrant in some circumstances.

If you have had your private information turned over to law enforcement by a third party, or otherwise had your privacy rights violated while under arrest, speak with one of our experienced Florida criminal defense attorneys at the Baez Law Firm right away to find out how we can assist you.