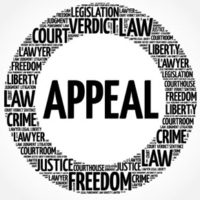 We’ve previously discussed the issue of the rise in the number of plea bargains versus jury trials over time, all over the country, and the impact this arguably has on ensuring that justice is done, in general, in our criminal justice system. In fact, the U.S. Supreme Court itself estimated that 97 percent of federal and 94 percent of state prosecutions end in plea bargains, which has of course resulted in an increase in the number of appeals from guilty pleas.

As a result, prosecutors now commonly include appeal waivers in plea agreements, which has resulted in an upcoming case that the U.S. Supreme Court will hear at the end of the month (October). The case—Garza v. Idaho—addresses the issue of to what extent a criminal defense lawyer can refuse to file an appeal from a guilty plea if the defendant signed an appeal waiver, and what the defendant must specifically demonstrate (i.e. “prejudice”) in order to make a claim of ineffective assistance of counsel when their trial lawyer fails to file that appeal, as they have instructed, due to the appeal waiver.

The Case & Issue before Court

The case involved a defendant who plead no contest to aggravated assault and guilty to possession of a controlled substance. While each plea agreement included an appeal waiver, the defendant had expressed a number of reservations about waiving his right to an appeal; specifically, he had indicated that he did not waive his right to appeal his judgment of conviction and sentence as part of his plea agreement in the Guilty Plea Advisory form that he completed, and the district judge also specifically informed him at his hearing that he had the right to appeal the order to the state Supreme Court. In addition, shortly after he entered his guilty pleas, he informed his attorney that he wanted to appeal. However, his attorney never filed the appeal, noting the “problematic” appeal waiver.

The defendant then filed for postconviction relief in district court, claiming that he was subject to ineffective assistance of counsel. The court denied his petition, noting that, in order to prevail on an ineffective assistance of counsel claim, he needed to demonstrate that his attorney’s performance was “objectively unreasonable” and that he suffered a prejudice as a result. The state Supreme Court agreed, finding that, due to the appeal waiver, his attorney’s failure to appeal was not presumptively prejudicial, and that once a defendant waives their right to appeal in a valid plea agreement, he no longer has that right.

A previous decision made by the U.S. Supreme Court in 2000 indicated that prejudice is presumed when an attorney fails to file an appeal after being directed to do so by their client. However, that particular case did not involve an appeal waiver, making this a case of first impression.

Do not let yourself be the victim of poor representation and a plea agreement that does not serve your interests, and even contains hidden waivers that could destroy your chances to appeal. Contact our experienced, aggressive criminal defense attorneys at the Baez Law Firm today to find out how we can provide you with the very best in legal representation.