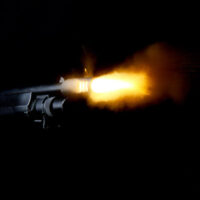 Florida’s “Stand Your Ground” law permits someone to use or threaten “deadly force” in certain cases where it otherwise would be a criminal act. For example, you may use or threaten deadly force to “prevent the imminent commission of a forcible felony.” This assumes that you have a right to be in the place where the act occurred and you were not engaged in some other form of criminal activity.

A recent decision from the Florida First District Court of Appeals, Berrane v. State, illustrates how these rules governing self-defense are more complicated than you might realize. Indeed, simply arguing self-defense is not enough to ensure an acquittal. And even judges may disagree as to when a defendant is even entitled to a self-defense jury instruction.

This case involved the fatal shooting of a man. On the day of the shooting, the victim had posted messages to his Facebook account indicating he planned to rob another man named Briggs–a friend of the defendant–and take his drugs and his dog. Briggs then gathered a group at his home, which included the defendant, to confront the victim and “beat him up,” according to court records.

Basically, Briggs had his girlfriend lure the victim to Briggs’ house with a promise to purchase some drugs from him. When the victim and one of his accomplices entered the house, Briggs and his group ordered them to remove their wallets and cell phones and get onto the ground. At one point, various members of the group struck the victim to secure his compliance.

As the First District explained in its subsequent opinion, “Things seemed to settle down once the victim was on the ground with [the defendant] standing over him with an AK-47.” But then the gun went off, killing the victim. Witnesses said the AK-47 went off accidentally when the victim tried to grab the gun from the defendant.

Prosecutors nevertheless charged the defendant with multiple felonies arising from this incident, including third-degree murder and false imprisonment by use of a firearm. At trial, the defendant argued he acted in self-defense–to protect Briggs from the victim’s Facebook threat to rob him–and that the shooting itself was accidental. The trial judge gave the jury a forcible-felony instruction, which basically explained that the use of deadly force was not justified “if you find that the Defendant was attempting to commit, committing, or escaping after the commission of” the various felonies listed in the indictment. The defense objected, noting that the forcible-felony was only permissible when the defendant was charged with a forcible felony other than the ones where he’s claimed self-defense. The judge overruled the objection, and the jury proceeded to find the defendant guilty.

On appeal, a divided three-judge panel of the First District upheld the defendant’s conviction. The majority held that the trial judge committed “no fundamental error” in giving the forcible-felony instruction. The Court noted the defendant’s argument for self-defense was “extremely weak” to begin with, as it was he and his friends “who were the aggressors” in this case.

Florida does have strong Stand Your Ground laws. But it is not a “get out of jail free” card to anyone who claims self-defense. That is why it is critical to work with an experienced Orlando homicide lawyer if you are charged with a violent felony. Contact the Baez Law Firm today to schedule a consultation.