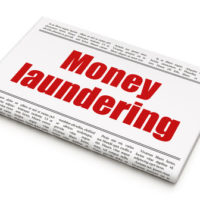 The Mueller Probe Indictments have captured news headlines recently, with the former Donald Trump campaign manager Paul Manafort and his business associate Rick Gates being charged with money laundering and potentially facing 20 years in prison. Many are now speculating on how this could affect Trump and his presidency, although he is working hard to distance himself from the charges.

Money laundering is defined as essentially “cleaning” dirty money—i.e. turning illegally-gained proceeds into personal profit. It is known as a relatively easy crime to prove precisely because proving intent is not an issue.

With this type of charge, the paper trail facts themselves tend to speak directly to the issue, with intent being irrelevant. Indeed, the case in question centers less around witness statements and more on a paper trail, focusing on whether the defendants filed the proper registration statements, as well as what activities their bank accounts reflected and who they worked with, at what time. In other words, it is likely that Mueller’s team has enough evidence to convict Manafort and his associated beyond a reasonable doubt.

Specifically, here, Manafort and his associated are being accused of engaging in unregistered lobbying activities for Ukrainian officials and washing associated illegal proceeds in order to evade income taxes. Officials estimate that they laundered the proceeds from their consulting work abroad through dozens of both U.S. and foreign corporations and bank accounts.

Many expect the indictment to bring them both to the plea negotiation table to cooperate, as they are otherwise facing decades in prison. However, money laundering is not only a federal crime, but also a state crime; therefore, even though a federal pardon could take place, it would only apply to the federal and not the state charges.

The government is also alleging that Manafort and Gates violated the Foreign Agents Registration Act, which requires any citizen acting as a foreign principal in a political or quasi-political capacity to publicly disclose these activities, as well as any associated receipts.

Another one of Trump’s former campaign managers—George Papadopoulos—is being charged with making false statements and impeding an investigation. Like money laundering, prosecutors do not have to prove this type of underlying crime; they can simply convict the defendant for concealing, covering up, or falsifying. With this type of charge, prosecutors can also typically pressure the defendant into giving up others involved.

If you have been accused of money laundering or any associated white collar crimes, contact our experienced criminal defense attorneys at the Baez Law Firm today. Our lawyers have decades of experience assisting clients with these types of charges, and we serve clients in Florida and Massachusetts.