What Are The Next Things That Happen After An Arrest In Florida? 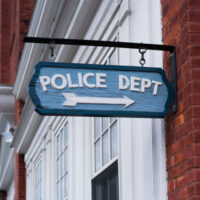 People are arrested every day in Florida. According to data published by the Florida Department of Law Enforcement, 29,056 people were arrested in Orange County alone in 2020. What happens after an arrest depends on a number of different factors. At The Baez Law Firm, we are strong advocates for justice and the rights of our clients. Our firm wants to make sure that you have an understanding of how the criminal justice system actually works. Here, our Orlando criminal defense lawyer provides an overview of the next things that will happen after an arrest in Florida.

Arrested Person Will Likely to Be Taken to Jail: May or May Not Be Released

When a person is arrested in Florida, they will likely be taken to jail. What happens next will depend on a number of different factors, including the specific charges that are being considered and the history of the individual. For serious crimes, the person may be held in custody and a bail/bond hearing may be scheduled. For misdemeanor offenses, it is not uncommon for a person in Florida to be booked, processed, and released with a Notice to Appear in court.

It is important to emphasize that an arrest is not the same thing as a formal criminal charge. Police officers do not actually determine whether or not charges are filed. Instead, the matter will be referred to the appropriate attorneys’ office. Based on the allegations and the evidence, a prosecutor will decide whether or not the State of Florida will pursue charges.

An Arraignment Will Be Scheduled if Charges are Filed

If charges are filed, an arraignment will be scheduled. This part of the post-arrest process—from the arrest itself to the arraignment—can actually move fairly quickly. At an arraignment, the charges will be formally read by a judge to the defendant. Most often, a judge will note that a person has a right to legal representation and will ask if they have already obtained an attorney.

A pre-trial conference may be scheduled after an arraignment. By this point in the process, you should have an experienced Florida criminal defense lawyer by your side. Your attorney will be able to review the charges, investigate the matter, and develop a defense strategy.

At The Baez Law Firm, our Orlando criminal defense lawyer is a skilled, experienced, and reliable advocate for defendants. If you or someone you know was arrested, we are ready to help. Give us a phone call now or contact us online to arrange a confidential appointment with a top criminal defense lawyer. From our Orlando office, we serve communities throughout the region, including in Apopka, Lake Buena Vista, Kissimmee, St. Cloud, Winter Park, and Sanford.