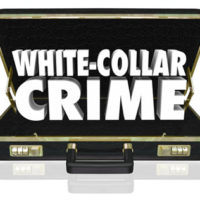 White collar criminal charges can do more than affect your public reputation and career. If convicted, you can receive serious prison time, especially if you are tried in federal court. And one of the most common federal white collar crimes is wire fraud.

Wire fraud basically refers to the use of any method of interstate communication–such as the telephone or the Internet–to defraud someone out of their money or property. A single act of wire fraud can lead to a prison sentence of up to 20 years.

For example, the U.S. 11th Circuit Court of Appeals recently affirmed the convictions and prison terms of two men charged with wire fraud in connection with federal contracts. One of the defendants owned a construction business that he operated with his co-defendant (and brother). The construction company successfully bid on three contracts for a public housing project in Miami-Dade that was partially funded by the federal government.

As a condition of receiving more than $2,000 in federal funds, the defendants were required to comply with the Davis-Bacon Act, a federal statute that requires contractors and subcontractors to pay their laborers “the prevailing wage for local work,” as defined by U.S. Department of Labor regulations. The regulations require contractors to prepare a weekly certified payroll report.

In this case, prosecutors alleged the defendants failed to comply with the Davis-Bacon Act. More to the point, the brothers signed inaccurate payroll reports. For instance, the defendants told Miami-Dade they did not expect to use subcontractors. But in fact, prosecutors said the defendants had “more than 50 subcontractor” agreements in place. And these agreements paid the subcontractor a flat fee as opposed to the actual hours worked, which was illegal. Essentially, the government’s case was that the defendant underpaid workers in violation of Davis-Bacon and then lied about it on their official reports. Filing those reports with the government constituted wire fraud.

A jury agreed and found both defendants guilty. The defendants received prison sentences of 51 months and 41 months, respectively, to be followed by three years probation. On appeal to the 11th Circuit, the brothers challenged the “sufficiency of the evidence against them.” More precisely, they argued that Miami-Dade suffered no financial loss as a result of their alleged fraud, nor was there proof the brothers intentionally misled the government. Indeed, they argued this was simply a misunderstanding prompted by confusion over the government’s reporting requirements.

The 11th Circuit rejected both arguments and affirmed the brothers’ convictions. The Court noted that financial loss was not an essential element of wire fraud. What mattered was the fraud itself. As for the brothers’ intent, the evidence at trial showed the brothers’ “misrepresentations were not isolated mistakes,” but rather showed a “pervasive pattern of deceit before, during, and after,” the contract bidding process.

Anytime a government agency believes that it has been lied to or cheated out of taxpayer funds, you can expect prosecutors to come down hard. That is why if you are facing fraud or similar charges, you need to work with an experienced Orlando white collar crime lawyer. Contact the Baez Law Firm today to schedule a consultation.