What Inferences Can A Florida Jury Make In A Stolen Property Case? 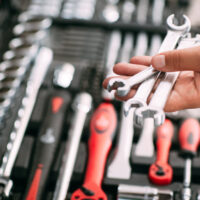 We all know that theft is a crime. You cannot take someone else’s property without their consent. Along similar lines, it is also a crime to sell or “deal in” stolen property. Under Florida law, anyone who “traffics in, or endeavors to traffic in, property that he or she knows or should know was stolen” is guilty of a second-degree felony.

In certain cases, a judge may instruct the jury that it can make certain “inferences” about a defendant’s knowledge that property was stolen based on the evidence presented at trial. For example, if there is proof that the property was bought or sold “at a price substantially below the fair market value,” the jury may infer the property was stolen unless the defense offered a “satisfactory” explanation.

Of course, this inference is only appropriate when the prosecution managed to establish the fair market value of the property in the first place. This step is overlooked more often than you might think. Indeed, it came up in a recent decision from the Florida Second District Court of Appeal, Cintron v. State. In this case, the appeals court reversed a conviction for dealing in stolen property based on two improper inference instructions given to the jury.

The first involved the aforementioned fair-market value instruction. The prosecution accused the defendant of stealing work tools from another person’s van and then trying to sell them over the Internet. The victim himself answered the ad and arranged to complete the sale in a Wal-Mart parking lot. The agreed-upon price was $800. The defendant testified that he had purchased the tools from a stranger and was simply trying to make a “quick buck” reselling them.

As noted above, the trial judge instructed the jury it could infer the tools were bought and sold at below fair market value and credit that as proof the defendant knew they were stolen. But as the Second District explained, the only evidence of value was the victim’s own rough estimate of the total value of the tools. He did not account for depreciation or the quality of the used tools. As such, the appeals court agreed with the defendant that the jury “had no viable method to legally conclude the price [the defendant] paid was substantially below the fair market value.”

The Second District also agreed with the defense that the judge improperly instructed the jury it could infer the defendant knew the tools were stolen because he was a “dealer in property” who purchased the items “out of the regular course of business.” This instruction is meant to apply to individuals such as pawnbrokers who regularly deal in property and would know if an item was suspicious or stolen. The defendant here, however, was not such a dealer. Rather, as he testified, he was simply trying to sell some tools he had purchased to make a few extra dollars. That did not make him a “dealer in property.”

Theft and related crimes can lead to serious felony charges. So if you have been arrested or charged, you need to work with an experienced Orlando criminal defense attorney who will zealously represent you in court. Contact the Baez Law Firm today to schedule a free consultation.