What Is “Marital Status Discrimination”? 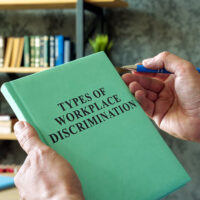 Under most circumstances, a Florida employer can fire–or refuse to hire–a person with or without giving a reason. This is what is known as “at-will” employment. But there are some exceptions to this general rule. Notably, federal and state civil rights laws protect employees and job applicants from discrimination on the basis of certain protected characteristics.

What exactly is marital status discrimination? It basically means an employer cannot fire or refuse to hire a person because they are married, single, divorced, separated, or even widowed. Here are a couple of simple examples:

All of these hypothetical scenarios would qualify as illegal marital status discrimination in Florida.

No Protection Based on Actions or Identity of Spouse

The Florida Supreme Court discussed this subject in a 2000 decision, Donato v. American Telephone & Telegraph Co. In that case, a husband and wife both worked for AT&T. After the wife no longer worked for the company, she filed a complaint with Florida authorities alleging illegal sex discrimination. AT&T then fired her husband, which he alleged was a retaliatory act.

Unfortunately, the Florida Supreme Court concluded this did not fall within the definition of marital status discrimination. More precisely, the Court said that when the state legislature decided to ban employment discrimination on the basis of marital status, it id not intent to include “the identity or actions of an individual’s spouse.”

Employment discrimination is rarely overt. Many employers are quite savvy at trying to mask discriminatory motives with some sort of pretext. So if you have reason to suspect that you were actually fired or not hired based on a protected characteristic, it is in your best interest to speak with an experienced Orlando civil rights lawyer. Contact the Baez Law Firm today to schedule a free consultation.