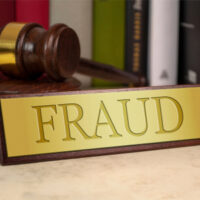 The Paycheck Protection Program (PPP) is part of the CARES Act, a piece of emergency legislation enacted to protect working people and small businesses from economic disaster during the early days of the COVID-19 pandemic.  All businesses with 500 employees or fewer were eligible to apply for PPP loans to cover payroll and other necessities like utilities and rent.  The application process was simple, perhaps too simple; the goal was to get the money to small businesses quickly to avoid layoffs, so some applications were reviewed very quickly before receiving approval.  No sooner had the first round of funds been disbursed than news outlets reported that some companies large enough to be household names had received PPP funds.  Then the investigations into PPP loan fraud by businesses small enough to qualify for PPP loans began.  As of 2020, more than a dozen Florida small business owners have faced criminal charges for making false statements on PPP loan applications.  Some defendants have even been accused of a conspiracy where they allegedly received kickbacks in exchange for securing fraudulently obtained PPP funds.  If you are a small business owner under investigation for PPP fraud, contact an Orlando white collar crime defense lawyer.

The PPP loan fraud accusations announced thus far by the Department of Justice highlight the arbitrary nature of how our legal system treats financial crimes.  Lots of business owners use business funds for arguably personal purposes without ever getting charged with a crime.  The defendants in Florida’s PPP loan fraud cases include everyone from celebrities to owners of businesses that have been in their families for generations.  These are some Florida PPP loan fraud cases that have made news headlines this fall:

The enforcement of white-collar crime laws is arbitrary at best, and the PPP loan fraud witch hunts are no exception.  An Orlando white collar crime lawyer will stand up for your constitutional rights.  Contact the Baez Law Firm for a consultation.