What Is The Legal Standard For A Domestic Violence Injunction In Florida? 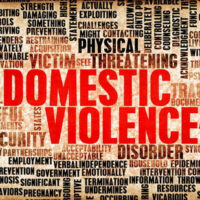 Under Florida law, a person who is a victim or potential victim of domestic violence may request a court injunction against their alleged abuser. This is a very serious matter. If the court issues the injunction, the respondent faces potential criminal charges–and thus jail time–if they violate the terms of the order.

At the same time, the respondent has certain basic due process rights to contest the validity of the injunction. For instance, the petitioner–the person seeking the injunction–must prove there is “objectively reasonable cause to believe” they are in “imminent danger of becoming a victim of domestic violence.” The word imminent is crucial as it means that a domestic violence injunction typically cannot be justified by citing alleged incidents that occurred years earlier or are otherwise too “remote” the timing of the petition.

A recent decision from the Florida Third District Court of Appeals, McGuire v. Boscan, provides a useful example. In this case, the appellate court actually vacated–threw out–a domestic violence injunction issued by the trial court. The petitioner in this case filed for the injunction in March 2020. She alleged her former live-in boyfriend had committed acts of domestic violence against her on four occasions dated May 2017, September 2017, February 2020, and March 2020.

Critically, the two alleged 2020 incidents did not involve any specific allegation of violence. Rather, they involved coincidental encounters between the parties. In February 2020, the petitioner said she was in downtown Miami when the respondent happened to pass her by while jogging. Similarly, the March 2020 “incident” was nothing more than both parties shopping at the same Whole Foods store at the same time.

If someone has filed for a domestic violence injunction against you, it is critical that you act promptly to assert your rights. A domestic violence order can have a significant impact on your life even if there are never any criminal charges. The mere existence of such an order can taint you as undesirable in the eyes of potential employers or landlords. And even accidental contact with the petitioner while under an injunction can potentially lead to further legal problems.

So if you need legal advice or representation from an experienced Orlando domestic violence lawyer, contact the Baez Law Firm today to schedule a consultation.