What Is The Sentence For “Aggravated Identity Theft” Under Federal Law? 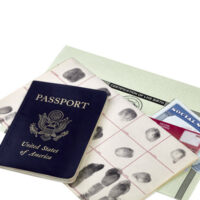 Identity theft broadly refers to the illegal use of someone else’s personal identifying information. One common form of identity theft is using false or stolen information to obtain legal identification, such as a passport or driver’s license. Oftentimes, the people who commit such crimes are not doing so for any nefarious reason. They may simply be trying to establish legal status in the United States just so they can get a job or rent an apartment.

Unfortunately, having a good reason for committing identity theft does not make it legal. To the contrary, federal law defines such acts as “aggravated identity theft,” a felony that carries a mandatory prison term of 2 years. This sentence must run consecutively towards any other prison time arising from the specific acts of identity theft involved, such as lying on a passport application.

A recent unpublished decision from the U.S. 11th Circuit Court of Appeals, United States v. Baez-Paulino, demonstrates how identity theft charges can easily snowball. Federal prosecutors in this case initially charged the defendant back in 2013 with aggravated identity theft and making false statements on a passport application. To give some background, the defendant grew up in the Dominican Republic, where she said she was the subject of sexual abuse as a child and young adult. She came to the United States when she turned 18 and struggled to provide for herself and her son, who had serious health problems.

After pleading guilty to the federal identity theft charges, a Florida judge sentenced the defendant to 25 months in prison. The defendant fled the jurisdiction, however, and later used someone else’s personal information to obtain a new Florida driver’s license. Police arrested the defendant again in 2019, where she now faced three additional charges in addition to criminal contempt from the 2013 case.

When all was said and done, the court came down harshly on the defendant. As mentioned above, she already received a 25-month sentence on the 2013 identity theft charges. The criminal contempt added an additional 24 months. And after pleading guilty to the new aggravated identity theft and related charges, the sentencing judge in that case imposed a sentence of 36 months. All of these sentences were to run consecutively rather than concurrently–meaning the defendant will spend just over 7 years in prison.

On appeal, the defendant argued that forcing all of her sentences run consecutively “overstate the seriousness of her offenses,” particularly as she did not act out a desire for financial gain. The 11th Circuit affirmed the sentencing, however, stating it was “both procedurally and substantively reasonable” under the law.

Identity theft may be a non-violent offense. But that does not mean prosecutors and judges do not take it seriously. As the case above illustrates, these charges can lead to harsh prison sentences. So if you are accused of identity theft and need legal representation from a qualified Orlando criminal defense attorney, contact the Baez Law Firm today to schedule a consultation.