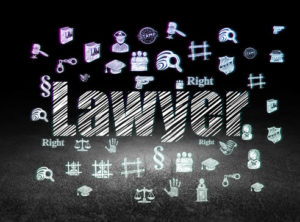 Discounting third degree murder (unintentional manslaughter), murder in Florida is a crime punishable by the following under Florida state law:

Murder is the most serious crime that one can commit, but aiding and abetting a murderer is a close runner up.

Aiding and abetting. Accessory to murder. Accessory after the fact. Each of these terms all mean the same thing: that you assisted another individual in the murder of a victim, or in escaping the consequences of his or her actions. If you were an accessory in the second or first degree murder of an individual – whether wittingly or unwittingly – contact an Orlando murder and homicide lawyer at The Baez Law Firm right away.

Sentencing for Accessory After the Fact

Under Florida Statute 777.03, a person is considered an accessory to murder if the person maintains, assists, or aids an individual who has committed a murder with the intention of helping the person avoid or escape detention, arrest, trial, or punishment for the crime. If you are found guilty of being an accessory after the fact, you may be charged with one of the following:

Defenses to Accessory After the Fact

If you are not related to the individual by blood or marriage, however, you still have a few valid defenses you can use to a charge of accessory after the fact in Florida. Some defenses include:

A charge of Accessory After the Fact is no small concern. If you have been charged with Accessory After the Fact in Florida, contact the Orlando murder and homicide lawyers at The Baez Law Firm right away. We can evaluate your case and come up with an aggressive defense to the charges brought against you. To schedule your free consultation today, call us right away at 800-588-BAEZ.