When a Child Might Be Charged As an Adult in Florida 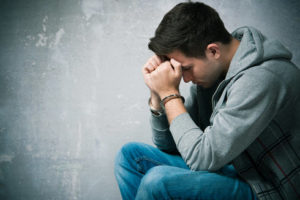 According to the Marshall Project, Florida leads the nation in charging minors as adults, and transfers on average 164.7 out of every 100,000 juvenile cases to the adult courts. From 2010-2015, over 12,000 minors were transferred to face adult charges, with a whopping 60 percent for non-violent crimes – including drug and marijuana possession – and just 2.7 percent for murder.

These outstanding numbers are a direct result of the prosecutor’s right to “direct file” juvenile cases in adult court as they see fit. While the type of juvenile cases a prosecutor is allowed to direct file in adult court varies from state to state, the choice of whether or not to transfer a case is left solely up to the prosecutor’s discretion. They are not required to provide a reason for their decision, and nor can a defense lawyer make any counter-arguments on the defendant’s behalf.

In Florida, a prosecutor may direct file the cases of all 16 and 17-years-olds, and those of 14 and 15-year-olds charged with a number of offenses committed against persons or property, and a handful of misdemeanors. When determining whether or not to direct file a juvenile’s case, a prosecutor will take a number of factors into consideration, including: past offenses, the severity of the offense, and the minor’s age. Furthermore, while the decision may vary depending on the circumstances, Florida Statutes outline some instances in which a minor must be charged as an adult. Those include:

If a minor is charged as an adult, and if he or she is found guilty, they will be treated exactly as an adult who committed the same crime would be treated. This means that any special rights granted to minors will be waived entirely, including the right to a private trial, the right to a sealed record, and the right to rehabilitation instead of punishment.

Additionally, if a minor is charged as an adult, and if they are found guilty, they will be punished as an adult would be punished. In juvenile cases, the judge is required to follow certain guidelines when sentencing the child, and must act in the child’s best interests. This means that the ultimate goal of the minor’s sentence must be to rehabilitate the child, and not to punish them. However, in an adult court, the ultimate goal is to punish.

When to Consult a Juvenile Defense Lawyer

At The Baez Law Firm, our juvenile defense lawyers handle a number of different juvenile cases, and are here to help you and your child in the event that the prosecutor decides to try your minor child as an adult. There are very few things in life that are more stressful than having your child arrested for or accused of a crime, but knowing that they may be charged as an adult tops the list. If your minor child has been charged as an adult, or if you believe that they may be charged as an adult, contact the Miami juvenile defense lawyers at The Baez Law Firm right away. Call 305-999-5100 to schedule your free consultation today.