When Can Police Initiate a “Stop and Frisk” Detention? 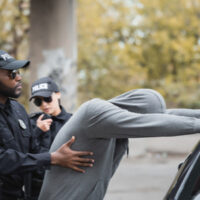 “Stop and frisk” detentions remain a controversial law enforcement practice in Florida. Normally, a police officer must have a warrant before placing a person under arrest or searching their person. But the courts have long permitted the police to conduct what they call “investigatory detentions.” Basically, if an officer has a “reasonable suspicion” that a person is committing, or is about to commit, a crime, a temporary detention of that suspect is permitted. The officer can also frisk the suspect–i.e., conduct a pat-down to see if the person is carrying any weapons.

Unfortunately, Florida courts tend to give the police a lot of leeway when invoking the investigatory detention rule. A recent decision from a divided panel of the Florida First District Court of Appeal, Calhoun v. State, provides a case in point. Here, two sheriff’s deputies responded to a 911 call from a local convenience store. An employee thought there might be an illegal drug deal in progress at the car wash adjacent to the store.

More precisely, the store employee described a black male getting one vehicle and proceeding to meet with a white female driving an SUV. When the deputies arrived, they saw the SUV in the car wash stall but it was not being washed. The deputies further observed the black man–the defendant in this case–leaning next to the window of the SUV. As the deputies approached, they said they saw a the defendant “repeatedly” pat a “bulge” in his pocket. The deputies subsequently initiated a stop-and-frisk and found the bulge was a gun. Because of the defendant’s prior criminal record, prosecutors charged him with illegal possession of a firearm by a convicted felon.

The defendant pleaded “no contest” and reserved his right to challenge the legality of the stop-and-frisk search. Both the trial court and a majority of the Court of Appeal held the search did not violate the defendant’s rights. The First District said that taking all of the circumstances into account, the deputies saw “unusual activity at an unusual hour in a location known for ongoing problems with drugs and loitering.” Based on this and the officers’ personal observations of the defendant, it was “objectively reasonable” for them to believe a crime was in progress.

The dissenting judge, however, noted that neither the convenience store clerk who called 911 nor the deputies ever observed any actual illegal activity. The car wash itself was open 24 hours, so nobody was loitering. In reality, all the 911 caller saw was a black man walking from his vehicle to another vehicle.

We see far too many cases where a person is “suspected” of criminal activity based solely on the color of their skin or where they happen to be walking a given hour. If you find yourself charged with a crime in similar circumstances, it is important to seek representation from a qualified Orlando drug crimes attorney. Contact the Baez Law Firm today to schedule a free consultation.