When Can the State Civilly Commit a “Sexually Violent Predator”? 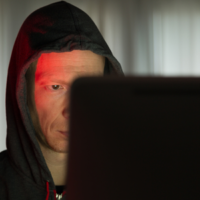 Florida law makes it possible for prosecutors to seek civil commitment of a person believed to be a “sexually violent predator.” Even if such a person has already served any applicable criminal sentence, they can still be committed if prosecutors can show they have some personality disorder or mental health issue that makes them likely to commit acts of sexual violence in the future. In theory, a person can be civilly committed for the rest of their life, as unlike a criminal sentence there are no definite terms.

Civil commitment still requires at least one prior conviction for a “sexually violent offense.” This is not limited to Florida. Prosecutors can rely on “comparable felony offenses” from another state. A predicate offense may also include any criminal act that has been “determined beyond a reasonable doubt to have been sexually motivated.”

In Florida, a jury ultimately decides whether or not the state has met its burden of proof to order the sexual commitment of a sexually violent predator. Unlike a criminal trial, however, the jury typically decides most of the elements based on a “clear and convincing evidence” standard, which is not as stringent as “beyond a reasonable doubt.” As noted above, the latter is only required when the state has based its civil commitment request on a criminal act that is not inherently a sex crime but may have been “sexually motivated.”

The Florida First District Court of Appeal recently addressed a civil commitment case, Shaw v. State, where prosecutors alleged three predicate offenses, two of which appeared to fall under the “beyond a reasonable doubt” standard. The three predicate offenses were as follows: a 1997 conviction in North Carolina for indecent liberties with a child, another conviction in North Carolina for breaking and entering in 1994; and finally, a 2009 Florida conviction for false imprisonment. The indecent liberties conviction was the only involving a sex crime.

The judge instructed the jury that it only need find by clear and convincing evidence that the respondent “has been convicted of a sexually violent offense” as an element of civil commitment. Based on the 1994 North Carolina conviction, the jury returned a verdict finding the defendant was a sexually violent predator. On appeal, the respondent argued the jury should have also been instructed to find his other two convictions were sexually motivated “beyond a reasonable doubt.”

The First District disagreed. It explained that Florida law only required proof of “a sexually violent offense” to secure a civil commitment, meaning a singular crime, assuming the evidence also showed the defendant had an ongoing mental abnormality or disorder that made them likely to engage in future sexual violence. In other words, once prosecutors showed by clear and convincing evidence that the 1994 North Carolina conviction was for a sex crime, there was no need for them to show the other two convictions for non-sex crimes were sexually motivated.

Civil commitment of sexual offenders remains a controversial practice that challenges our most basic notions of due process and justice. So if you are facing a sex crimes charge and need representation from a qualified Orlando criminal defense attorney, contact the Baez Law Firm today.