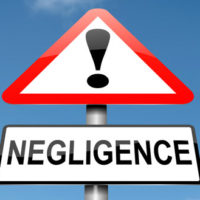 According to recent reporting, engineers working for Florida International University (FIU) saw gaping cracks in the bridge that was being constructed two days before it collapsed and killed six people. While many have pointed out that this constitutes professional misconduct, some are now speculating whether companies should also be held criminally liable for the collapse.

According to that same reporting, a meeting occurred the morning of the catastrophic collapse, and the records associated with this meeting could reveal who, specifically, shot the photos of the cracks in the bridge and thought that they were serious enough to bring them up at the meeting. Because the Florida Department of Transportation refuses to disclose any documents associated with the meeting, the Miami Herald is now suing the department to get ahold of these documents.

FIU and its contractors may very well end up being sued and held accountable for civil damages related to those who were injured and killed that day due to the cracks. However, under Florida criminal statutes, in order for criminal charges (such as manslaughter) to be brought against a company like this, prosecutors would have to show that they demonstrated a “grossly careless disregard for the safety and welfare of the public” or acted with “reckless disregard for human life.” In other words, in order to demonstrate that there was criminal negligence involved in a construction site accident like this; those involved very obviously knew about these concerns and purposely ignored them, in spite of immediate, urgent action being demanded.

As of now, the Florida Department of Transportation is claiming that no department employees saw photos of the cracks until after the collapse. Still, the Miami-Dade police homicide bureau is currently investigating the incident, while the National Transportation Safety Board is also investigating why the bridge ultimately fell. Prosecutors appear to be interested in whether/when concerns were raised, and if they were raised with an urgency that demanded immediate attention/action.

According to reporting, photos showing cracks were time-stamped shortly before the collapse, and showed significant cracks such that a reasonable person could arguably ask how those in charge could have chosen not to close the road so as to protect public safety. Expert structural engineers believe that the cracks were likely due to a design flaw in the bridge, and have indicated that it would be “insane” for any structural engineer to see these pictures and not indicate there was a safety hazard.

Yet, according to the voice message left by the project chief engineer two days before the bridge fell, this is exactly what happened: the engineers noticed the cracks and indicated that they did not see “any issues … from a safety perspective.”

Property owners’ and construction companies’ duties can extend beyond just being civilly liable for any accidents; in some circumstances, criminal charges can be involved. Contact our Florida negligent security and criminal defense attorneys at the Baez Law Firm today to find out more.