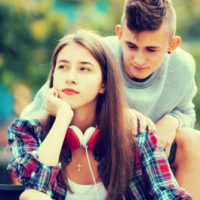 When a jury found Yale college student Saifullah Khan not guilty of rape after three hours of deliberations in early March, news sources were quick to cover the story, noting that, where a campus panel might find evidence that one student had committed a sex crime (rape) against another, this evidence was insufficient for a court of law.

At the heart of the trial was the question of whether the complainant could have provided consent to have sex with the defendant, Khan, back in 2015 when the incident occurred. While Yale’s internal panel—the University-Wide Committee on Sexual Misconduct—relied upon a “preponderance of evidence” standard in proceedings like these, the jurors in the trial clearly relied upon a different understanding or standard of what consent means.

Jurors Speak Out About Trial

One juror did speak out after the trial, indicating that the burden of proof or standard that the jury relied on was, indeed, whether there was enough evidence to demonstrate that there could not possibly have been consent—an arguably high burden to meet. According to reporting, defense attorneys pressed the victim on the witness stand about texts she had sent to the defendant, Khan. Still, according to that same juror, the focus was mostly on the security camera footage, which supposedly contradicted what the complainant had testified to regarding being so drunk that she could barely walk.

Others have pointed out that there are many forms of violence that would be condemned on campus, but likely difficult for a prosecutor to get a jury to convict based upon.

Regardless, Khan was already suspended from Yale University before he was arrested and charged, and will still likely face a disciplinary hearing. To find him responsible, the standard would be that he was “more likely than not” in the wrong. While juries in criminal courtrooms must interpret the legal definitions of rape, campus communities have been, at times, quicker to denounce certain types of behavior as “immoral,” even if not technically found to be “criminal.”

If you have been accused and charged with a sex crime, not only do you potentially face serving a prison sentence, but your reputation could be forever stigmatized and you could be permanently labeled a “sex offender” due to the charge.

Do not let this happen to you. Contact one of our experienced sex crime defense attorneys at the Baez Law Firm today to help you understand your legal rights.