Yes, Not Guilty by Reason of Insanity Is Still a Possible Defense in Florida 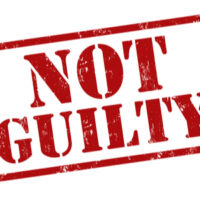 If you are one of the 25 percent of Americans who have received a diagnosis of mental illness, you know how harmful outdated stereotypes about mental illness can be.  Some of the most memorable performances in cinema misrepresent people with mental illness as violent and willing to kill either on impulse or in cold blood.  Patrick Bateman and the nameless protagonist of Fight Club are certainly interesting characters, but they have not helped the public’s understanding of mental illness.  In fact, a film critic once said in the early parts of this century that the thing that stops Psycho from being a perfect film is the psychiatrist’s speech about the psychiatric causes of Norman Bates’ murderous actions.  Even though the film came out in 1960, before most people eligible for jury duty were born, the chances that a juror has seen Psycho are greater than the chances that he or she has read the Diagnostic and Statistical Manual of Mental Disorders.  Pop culture is not the only area of life influenced by outdated ideas about psychiatry and mental health.  It has been possible to plead not guilty by reason of insanity since the days when Edgar Allan Poe referred to mental illness as “an acuteness of the senses,” and it is still possible now.  In practice, though, you should not use the insanity defense unless you and your Orlando criminal defense lawyer have thoroughly discussed the implications and decided that an insanity defense is the best option.

A Fate Worse Than Life in Prison?

In recent years, new laws about criminal justice have come to reflect today’s understanding of mental illnesses, including substance use disorder.  Prosecutors understand that people buy and consume illegal drugs because of substance use disorder, and that other illegal activities, such as theft or offering sexual favors in exchange for money or drugs, are often just symptoms of addiction.  Therefore, the system attempts to connect people accused of drug-related crimes to addiction treatment, instead of locking them up in jail or prison.  Of course, having the criminal justice system supervising your addiction recovery is a double-edged sword.  The science about addiction treatment is also evolving, and the drug court might send you to a rehab that follows an outdated methodology.  Leaving the rehab without permission would then be a violation of a legal agreement, and getting the court to transfer you to a different rehab is no simple task.

What if you get accused of something big, though, like a violent crime or a felony sex offense?  Should you use the insanity defense just because you have been diagnosed with a mental illness?  Probably not.  If the court accepts your defense, it does not mean that you can just walk free, as if the crime never happened.  Most likely, the court will order you to go to inpatient psychiatric treatment, and the decision to release you will not belong exclusively to you and your doctors, but the court might also be involved.  It might mean that you would stay institutionalized (in a psychiatric hospital) longer than you would have if you had pleaded guilty and served a prison sentence.

People with mental illnesses have the same rights in a criminal case as any other defendant, and an Orlando drug crime lawyer will stand up for your rights.  Contact the Baez Law Firm for a consultation.