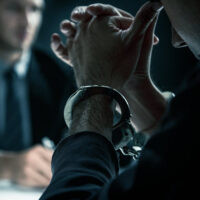 However, invoking an attorney is not always as straightforward as many people think. The Supreme Court of the United States has ruled that you must make an “unambiguous or unequivocal request for counsel” for it to count. In this article, our Orlando criminal defense attorney explains what you need to do to invoke your right to legal counsel in Florida.

In 1994, the Supreme Court of the United States issued a critically important decision clarifying what a defendant needs to do to invoke their right to an attorney. The case of Davis v. United States centered around a man who was arrested for murder after an incident on the Charleston Naval Base.

Upon finding a deceased victim, Naval Investigative Service (NIS) detained and questioned a man named Robert Davis. During that questioning, Mr. Davis made the following statement: “Maybe I should talk to a lawyer.” He was later convicted of murder based, in part, on some of the statements he made during the interrogation.

Mr. Davis appealed the conviction on the grounds that he was denied his right to legal counsel. Upon reviewing the case, the nation’s highest court determined that Mr. Davis did not make a valid request for an attorney. In its decision, the Supreme Court set the national civil rights standard that a defendant’s request for an attorney must be “unambiguous or unequivocal.”

Why You Should Always Invoke Your Right to a Defense Attorney

Some people have the natural (and understandable) inclination to talk to the police—especially if they know that they did not actually commit the crime. However, answering a law enforcement officer’s question without a lawyer present is a major mistake.

If you are being investigated for a crime or you have already been arrested for a crime, the simple reality is that the police are not on your side. They are looking for evidence that they can use to establish your guilt.

Unfortunately, it is easy for your answer to get misinterpreted or for your words to get taken out of context. An experienced Orlando, FL criminal defense lawyer will protect your rights. Clearly, unambiguously, and unequivocally invoke your rights to an attorney.

At The Baez Law Firm, we are strong, aggressive advocates for justice. Our founding attorney Jose Baez has earned a national reputation for success. If you or your family member was arrested on a serious criminal charge, you have the right to a lawyer. Contact us now to set up a strictly private initial consultation with a top-rated Florida criminal defense attorney.