Your Record May Not Be As Clean As You Think 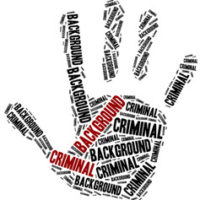 Many residents of the state of Florida are often surprised to find that their criminal record may not be as clean as they thought it was. Often, people believe that if they have not been convicted of a crime their record is clean. And in many cases these same people may have even been told by an lawyer or a judge that their record will be clean, however, an individual’s criminal record is often more complex than people know. In the event, that you have been arrested–regardless of conviction–it is likely you have a criminal record. Fortunately, in many cases, a Florida criminal defense lawyer can work to clear your record by utilizing various provisions in Florida law.

Cleaning Up Your Record

Florida law provides that an individual can clean up their record through a process called expungement and sealing. Although not guaranteed to perfectly clear your record, this process can help keep an arrest from showing up on background checks. Unfortunately, when you are arrested for a crime you will most likely have a permanent record of your arrest regardless of the charge being dismissed. However, expungement can help an individual clear their name in the public eye.

In order to seal your record or get an expungement, you must not have been convicted of the criminal offense you were arrested for. This means that no matter how insignificant or how long ago the criminal offense may have occurred, if you were found guilty, it can not be expunged. Additionally, if the arrest resulted in any type of sentence, you are not eligible for expungement unless adjudication was withheld.

When a court agrees to seal your record, the Clerk of the Court will remove the arrest from their website, and this will make it so the Clerk can not see if the arrest ever occurred. In most cases, expungements are successful when the criminal charges were dismissed or never filed. If this is the case the court can ask law enforcement to destroy your arrest file and erase any record of the arrest.

What Kind of Charges Are Eligible?

It should be noted that the state of Florida only allows one sealing or expungement in a person’s lifetime.

If you have been charged with a crime and adjudication was withheld under most circumstances, you can legally say “no” when asked if you have been convicted of a crime on a private employment application. However, your arrest will still show up on a background check. In many cases, if you have received an expungement or have had you record sealed, you are allowed to say under oath that you have never been arrested.

When you apply for an expungement or sealing it is at the complete discretion of the court to decide whether or not the expense would be granted. Although, in most cases it is likely the request will be granted if the individual has no previous convictions.

If you have been charged with a criminal offense or have questions about expungement do not take on the justice system alone. Contact The Baez Law Firm in Orlando for aggressive, effective representation.