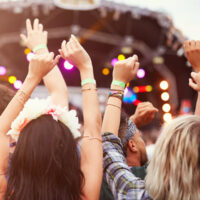 Many crimes are not the result of careful or calculated planning. They are just as often the consequence of a person suddenly losing control. Say you get into a verbal argument with someone. In and of itself, that is not a crime. But if in the heat of the moment you get so angry that you pick up a nearby object and swing it at the other person’s head–well now you could be charged with criminal assault and battery.

Take this recent case from the Florida First District Court of Appeal. In Craven v. State, the defendant was attending a music festival. She ran into an old acquaintance. The two women started chatting amicably. As described in court records, however, things quickly turned sour when the other woman “brought up an incident from eight years earlier in which [the defendant] allegedly sent nude photographs to [her] then-husband.”

This led to a verbal altercation. That led to a physical fight. Later, each woman blamed the other for starting the fight. But according to prosecutors, the defendant emerged “relatively unscathed” while the other woman spent four days in the hospital, suffered “permanent scars on her face, ear, neck, chest, and shoulder,” and required surgery to repair her vocal chords.

Prosecutors charged the defendant with aggravated battery with a deadly weapon causing great bodily harm. The defendant tried to claim immunity under Florida’s “Stand Your Ground” law, but the trial court rejected that argument. A jury ultimately found the defendant guilty.

Decision to Exclude Juror with “Memory Problems” Was Not Reversible Error

The First District dismissed the defendant’s appeal and affirmed her conviction and sentence. One issue the appellate court discussed in detail was the trial judge’s decision to grant a for-cause challenge during jury selection. The issue here revolved around the prospective juror’s memory, or lack thereof. During questioning, the juror made several statements indicating he had a “poor memory.” The trial judge agreed to the prosecution’s for-cause challenge to strike the juror over the defense’s objection.

The Fourth District said the trial judge committed no legal error. Florida law expressly allows for-cause challenges to jurors who were “of unsound mind” or has some “bodily defect that renders him or her incapable of performing the duties of a juror.” It was not that memory problems automatically disqualified someone from serving as a juror, the appeals court observed, but in the case there was “competent evidence” supporting the trial judge’s decision to exclude this particular juror for having “significant memory defects” that would affect his ability to carry out the duties of a juror.

Setting aside this procedural issue, the main lesson of this case is that when a verbal fight escalates into a physical altercation, prosecutors can–and will–bring criminal charges, especially if one person is seriously injured. That is why if you are the person charged with starting the fight, you need to work with a qualified Orlando assault and battery attorney who can provide you with a vigorous defense. Contact the Baez Law Firm today to schedule a free consultation with a member of our team.