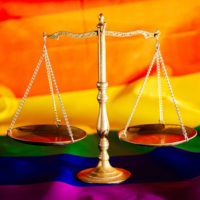 A recent investigation conducted by the Orlando Sentinel found serious civil rights concerns associated with Florida’s scholarship programs. Also referred to as “school vouchers,” the investigation found that almost $130 million in funding was sent to religious institutions that discriminated against homosexual students; meaning that at least 14 percent of Florida’s 147,000 scholarship students attend private schools where homosexuality was condemned or unwelcome.

In fact, a number of the schools outright refused to admit LGBTQ students or have policies which dictate that they could be expelled if alternative gender identity or sexual orientation is discovered in students. Some also refuse to educate any students whose parents are gay and refused to hire staff who are gay, while others also called being transgender or gay a “biblical sin,” but do not specify how this affects their admissions or discipline processes. According to the research done by the Sentinel, all of the schools with anti-gay policies were Christian, with 45 percent being Baptist.

What About Federal & State Law?

While Florida’s laws prohibit any of the private schools that accept the tuition vouchers from discriminating based on color, national origin, or race, they do not mention LGBTQ rights, and neither do federal or state laws. Meanwhile, the Supreme Court is currently considering a case that directly bears on the issue of whether state scholarships can go to religious schools, which, when decided, will likely affect Florida’s scholarship programs.

Several Florida lawmakers have introduced bills that would bar private schools that accept state money from being able to discriminate against the students to try to change this phenomenon. Yet while some maintain that the state should prohibit schools from engaging in anti-gay practices, and some of the program’s biggest donors such as Wells Fargo are now pulling out of donating after finding out about these anti-LGBTQ policies, some of the private schools are defending themselves by stating that these sentiments are found in the Bible and parents have the right to choose which schools to send their children to. Some also argue that the government holding a faith-based school in contempt for embracing these historical positions on human sexuality constitutes unequal treatment under the law and is unconstitutional. The debate involves not only civil rights, but also discrimination and religious freedom, as well as the future of Florida school choice programs.

If you live in Florida and feel that your civil rights have been violated, The Baez Law Firm will work to ensure that they are defended and restored, and that you are compensated for any harm done to you. Contact our Orlando civil rights attorneys today to find out more about your options.