Can A Police Officer Commit Me To A Mental Hospital? 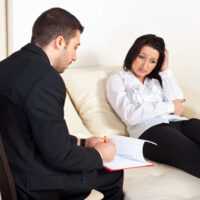 The Baker Act is a Florida law that allows a police officer to order the involuntary commitment of an adult or child for a “mental health examination,” which can last up to 72 hours. The Act was designed to help those who suffer from a genuine mental illness obtain help before they hurt themselves or someone else. Indeed, the Act is quite clear that involuntary commitment is only justified when an officer believes there is a “substantial likelihood” that the person “will cause seriously bodily harm to … herself or others in the near future, as evidence by recent behavior.”

A recent decision from the U.S. 11th Circuit Court of Appeals has raised disturbing allegations that some Florida law enforcement agencies may be using improper Baker Act commitments to punish citizens for exercising their First Amendment rights. The case, Khoury v. Miami-Dade County School Board, involves a woman who was involuntarily committed by a school police officer for taking photographs of illegally parked cars in her neighborhood.

Some additional background would be helpful. The plaintiff lives near a middle school in Miami-Dade with a baseball field. For some years, the plaintiff has complained to the school board that cars were parked illegally around the field due to an unlocked gate. The plaintiff and her neighbors considered the illegally parked cars a nuisance and a safety risk.

According to the plaintiff, the school board promised to close the gate. But sometime later, she observed the gate was still left open, so she decided to start taking videos and photographs of the illegally parked cars, in order to provide further evidence to the school board.

One night while the plaintiff was taking these photographs, she was confronted by a parent of one of the students. Following a “verbal confrontation,” the parent called the police. Miami-Dade has a separate police force for its school system. One of its officers responded. After speaking the parent and some other witnesses, the officer concluded the plaintiff was “not mentally well.”

There was then some sort of confrontation between the officer and the plaintiff, the details of which are disputed by the parties. But at some point, the officer placed the plaintiff under arrest and ordered a Baker Act commitment on the grounds that she was “delusional.” However, a medical examination subsequently concluded there was “no evidence” of any “psychosis” or any mental disorder.

The plaintiff filed a civil rights lawsuit against the officer and the school board, alleging false arrest and violation of her First Amendment rights. A trial judge granted summary judgment to the officer. But the 11th Circuit reversed, holding there was sufficient evidence to send the case to a jury. The appellate court said the trial judge effectively jumped the gun by accepting the officer’s account of what happened. Yet it was up to a jury to decide matters of credibility.

If you have been subject to false arrest or an improper Baker Act commitment, it is crucial that you consult with a qualified Orlando civil rights lawyer who can advise you of your legal options. Contact the Baez Law Firm today to schedule an initial consultation.