Can My Child Be Arrested For “Trespassing” On School Grounds During A Suspension? 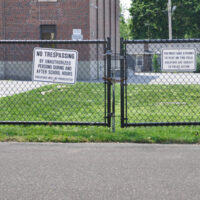 Florida’s juvenile justice system often puts minors between a rock and a hard place. While minors lack the legal ability to make most decisions for themselves, they may still find themselves in trouble due to the actions of their parents. Unfortunately, certain criminal laws may impose liability on a minor even in a situation where they were unable to avoid committing an offense.

A recent decision from the Florida Third District Court of Appeal, X.B. v. State, provides a cautionary example. This case involves a juvenile charged with criminal trespass. Specifically, the state alleged the juvenile entered the grounds of his school while he was under suspension. This is actually considered a second-degree misdemeanor under Florida law.

At an adjudicatory hearing–the juvenile justice equivalent of an adult criminal trial–a school official testified the juvenile had been suspended “for an incident with another student that occurred in the physical education classroom.” The official said he verbally notified the juvenile of the suspension. He also gave the juvenile a written “exclusionary letter” to give to his mother. This letter basically states the child is on suspension and not permitted to return “until a parent or guardian comes to school” with them.

The next day, the juvenile returned to school grounds without a parent or guardian. At this point the juvenile was arrested and charged with criminal trespass. At the hearing, the juvenile’s mother offered her version of events. She explained that her son told him he was not allowed to go to school the next day unless she met with officials. The mother said she did not believe him. Instead, she drove him to school the next day and told him to go to class. The mother said she never saw the exclusionary letter.

The trial judge found the juvenile guilty of trespass and sentenced him to six months probation. On appeal, the juvenile argued the trial court should have acquitted him instead. The Third District disagreed and affirmed the finding of guilt.

The appellate court noted that the criminal trespass law did not require proof that the juvenile “willfully trespassed on to the school grounds.” The juvenile had argued that he should not be held criminally responsible since he never intended to trespass–his mother drove him to school and told him to go inside. If anything, it was the mother who broke the law, as Florida law requires parents to provide “sufficient support, guidance, and supervision to deter” delinquent acts by their children. The Third District said this law had no bearing on the criminal trespass statute, which only requires the trespass was “intentional” and not “willful.”

If your child finds themselves in trouble with the law, you need to take the matter seriously. Your first step should be to speak with an experienced Orlando juvenile crimes lawyer. Contact the Baez Law Firm today to schedule a consultation.