Can Police Use a Pre-Recorded Interview with a Victim as Evidence Against You at Trial? 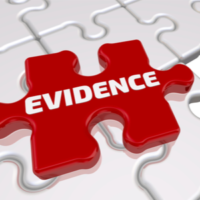 The Sixth Amendment to the U.S. Constitution guarantees every criminal defendant the right to “confront” the witnesses against them. In plain terms, you have the right to cross-examine in court any witness who offers testimony on behalf of the prosecution. This is why, as a general rule, the prosecution cannot introduce hearsay that has not been subject to cross-examination. Florida law does make some exceptions, however, for situations where in-person cross-examination at trial is not a viable option.

A recent decision from the Florida First District Court of Appeals, Phillips v. State, illustrates a case where these exceptions did not apply. In this particular case, prosecutors in Santa Rosa County charged the defendant with six counts related to alleged sex crimes against his daughter. The child did not testify at the defendant’s trial. Instead, prosecutors played a video recording of a child protection interview (CPI) conducted with the child by law enforcement. The jury subsequently found the defendant guilty on all counts.

Unlike the other charges, which were “independently supported” by other testimony and evidence, the appellate court said one charge was only backed by the victim’s statements on the CPI. The CPI itself, the Court explained, was witnessed by a police detective and used similar techniques to an interrogation. Indeed, the entire CPI was “motivated by a search for evidence.” As such, the defendant had the right to confront and cross-examine any statements made on those recordings.

Separately, the First District also rejected the defendant’s challenge to the makeup of the jury at his trial. Unlike many states, Florida typically uses a six-person jury to try crimes. A 12-person jury is only required in “capital cases.” Under Florida law, sexual battery of a child under the age of the 12 is a capital offense–i.e., it carries the possibility of a death sentence. Since the defendant here was charged with sexual battery, he argued he was entitled to a 12-person jury.

The First District, however, noted that despite what Florida law might say, the U.S. Supreme Court has barred the use of capital punishment in cases involving child rape. The defendant therefore was never facing the death penalty. So while sexual battery may continue to be a “capital crime,” the defendant’s trial was not a “capital case” requiring the larger jury.

If you are on trial for any serious crime, it is crucial that you work with a lawyer who will work to safeguard your constitutional rights. Orlando criminal attorney Jose Baez has the skill and experience to ensure that you receive a fair trial. Contact his office today to schedule a consultation.