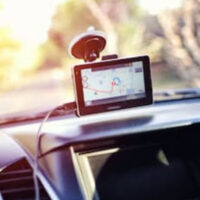 GPS and related technologies have made it much easier to track the location of people and objects at all times. Indeed, Apple recently made a big splash when it released its “Air Tags,” which are small tracking devices a user can attach to their key chain, suitcase, or any other item they want to locate. Of course, any such technology available to the general public is also available to law enforcement as well.

This raises obvious Fourth Amendment implications. We all have a constitutional right to privacy. But do those rights extend to scenarios where the police use technology to track our movements? As is often the case when it comes to constitutional rights, context is key. The U.S. Supreme Court has said there is no expectation of privacy when someone is driving their car on a public highway. So police generally have free reign to conduct surveillance of a car’s movements, including where a vehicle may stop along the way. Conversely, the Court has also held that when law enforcement wants to track a person’s movements by looking at cell phone records, they must obtain a warrant, as that qualifies as a “search” subject to the Fourth Amendment.

Federal Court Upholds Drug Conviction Based on Use of Tracking Device

The U.S. 11th Circuit Court of Appeals, which has federal appellate jurisdiction over Florida, recently provided an example of how courts sort out these Fourth Amendment issues in day-to-day practice. This case originated in Alabama. Local police officers learned from a confidential informant that another man–the defendant–planned to travel from Dothan, Alabama, to Phenix City, Alabama, to receive a shipment of illegal drugs. A second informant confirmed this tip and told officers that the defendant planned to borrow his truck to make the trip.

The defendant pleaded guilty to a number of federal crimes. He reserved his right to challenge the legality of the police’s actions in using the GPS tracking device to survey his movements. Both the trial court, and later the 11th Circuit, held the police did not violate the Fourth Amendment.

The 11th Circuit noted there was no difference between the police using visual surveillance to follow the defendant–a practice expressly permitted by the Supreme Court–and using a GPS device to accomplish the same objective. In the end, the defendant had no expectation of privacy while driving a truck down the highway. This was not akin to using cell phone records either, as that would permit police to track a person even when moving about on private property.

Again, it is important to emphasize that some forms of electronic tracking still require a warrant. And if you are arrested based on questionable surveillance evidence, you have the right to challenge the legality of police activities in court. If you need legal advice or representation from a qualified Orlando drug crimes attorney, contact the Baez Law Firm today.