Does “Non-Verbal” Consent To A Warrantless Police Search Count? 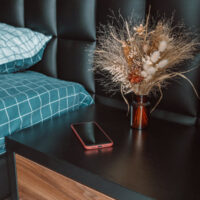 The police cannot normally search your house without a warrant. But a warrant is unnecessary when the owner gives their “consent” to the search. While it is almost never a good idea to give such consent, people do it everyday, only to have it come and hurt them at their criminal trial.

One thing to keep in mind is that if you do refuse consent to a search, you should always make that clear to the officers. Judges can–and will–allow officers to interpret ambiguous or even “non-verbal” cues as proof of a defendant’s consent. Absent proof that such consent was coerced, that means any evidence obtained by the police is admissible at trial.

A recent published decision from the U.S. 11th Circuit Court of Appeals, United States v. Sanchez, provides a cautionary tale on this point. This case involved a Coral Gables man tried and convicted for sex crimes involving minors. Prosecutors alleged that the defendant, who was 29 at the time, was having sexual relations with a 14-year-old girl. The teenager also admitted to sending pornographic images and videos of herself to the defendant at his requests.

Cape Coral police went to the defendant’s home. They informed him they had a warrant to search his phone. The defendant denied having a relationship with the teenager beyond once dating her adult sister. During this exchange, the defendant’s parents arrived as this was their house. The officers said the defendant’s mother agreed to go inside the house and retrieve the phone identified in the warrant. An officer accompanied the mother.

Based on evidence obtained from that phone, and a second phone later recovered from another location, a federal grand jury indicted the defendant on multiple sex crimes charges. Before trial, the defendant argued that the police had illegally entered his parents’ home to look for his phone and it thus constituted an unlawful search. The trial judge rejected that argument. The jury convicted the defendant on seven charges and he received life in prison.

On appeal, the 11th Circuit saw nothing wrong with the police’s actions. The Court noted the defendant himself “verbally consented to the seizure” of the phone. Specifically, when confronted by the police initially, he said he was “fine” giving them the phone and that his parents knew where it was. The mother then has “at least nonverbal consent to follow her into the home to retrieve the phone.” The appellate court said there was no evidence the police used coercion to obtain consent from either party.

Indeed, the 11th Circuit said it had “repeatedly made it clear that consent can be non-verbal,” such as by simply “stepping aside and yielding the right-of-way to officers at the front door.” Especially given the defendant gave verbal consent to take his phone–for which the police already had a warrant–the officer’s brief entry into the residence to accompany the mother did not qualify as an unlawful search of the residence.

Although it is generally a good idea to remain silent when questioned by the police, you should always be clear in asserting your rights, especially when it comes to asserting your rights against unreasonable or warrantless searches. And if you are ultimately arrested and need to speak with an experienced Orlando sex crimes defense lawyer, contact the Baez Law Firm today to schedule a consultation.