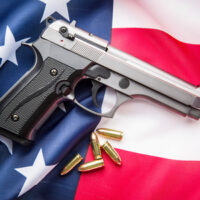 In December, the first conviction under Florida’s ‘red flag’ law occurred, and the defendant could now face up to five years in prison as a result. The law dictates that law enforcement can seize weapons from individuals if they are likely to use them to commit crimes, and was passed in the wake of the Parkland school shooting. Under it, police first have to establish that the individual is at a “high risk of using a firearm to commit a crime.” If they are able to do so, they can obtain a “risk protection order.”

The defendant was arrested in 2018 after being accused of shooting at a car and refused to surrender his weapons. Under the law, although risk protection orders are civil actions, defying them is technically a crime in Florida. Once a judge determines that taking weapons from the defendant is warranted, they must either be surrendered or placed in the care of someone who can legally possess them.

Police No Longer Need a Warrant?

Although ignorance of the law is never an acceptable defense, there are a number of issues with this new law. Many are unaware of its existence and, understandably, default to common understandings of constitutional rights, which dictate that police need your consent or a warrant before they can search your home. If you fail to know about the red flag law, and police attempt to enter your home to seize your weapons without having a warrant, you will be arrested and could face five years in prison.

In this case, law enforcement and the prosecutor claimed that the defendant must have been well aware of his rights and responsibilities because he was instructed by the deputies and informed them that he had a concealed weapons permit.

Red Flag Laws in Other States Challenged for Being Unconstitutional

Meanwhile, a lawsuit has been filed to block similar legislation in Nevada that allows guns to be taken away from people who show “red flag” warning signs. The plaintiffs claim that it violates due process rights and the U.S. and state constitutions. Similarly, to the case at hand in Florida, these plaintiffs claim that an individual can be completely unaware that there is a court action against them, and yet, his premises can be searched and property seized without a hearing or other due process considerations.

A number of Florida counties are lagging behind the rest of the state in insisting on enforcement of these red flag laws, including Broward, Miami-Dade, Palm Beach, and South Florida.

If you have been arrested for a crime, you need an experienced Orlando criminal defense attorney working by your side. Contact The Baez Law Firm today to schedule a free consultation and find out why we have received national recognition for our legal services.