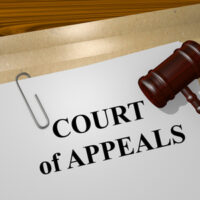 Following the 2018 mass shooting at Marjory Stoneman Douglas High School in Parkland, the Florida legislature banned individuals from buying or possessing “bump-fire stocks.” These are devices that make it possible to convert semi-automatic firearms into automatic weapons by altering the rate of fire.

The bump-fire stock ban took effect in March 2018. The law included a six-month grace period, however, meaning anyone who already owned bump-fire stocks did not have to get rid of their devices until October of that year.

A Ban Is Not a “Taking” of Private Property

In response to the legislation, five individuals who owned bump-fire stocks prior to the ban sued the State of Florida. The lawsuit did not challenge the ban itself. Rather, the plaintiffs argued that the ban amounted to a “taking” of property requiring compensation.

Both the United States and Florida state constitutions contain what is known as a Takings Clause. The basic idea is straightforward: When the government takes private property for public use, it must provide “just compensation” to the owner for their loss. The Takings Clause is most commonly associated with eminent domain cases, where the government takes private property to build a public works project like a school or a highway.

In this case, the plaintiffs argued the same principle should apply to their bump-fire stocks. But both a Leon County circuit court judge and the Florida First District Court of Appeal disagreed. The courts said the Takings Clause only covers the “actual appropriation of that property by the government for its own use.” The First District noted that it does “cover restrictions or bans on the use of personal property.”

The plaintiffs pointed out there have been cases involving “regulatory taking,” i.e., where the state uses its regulatory power to effectively render property “valueless.” In a 1992 decision, Lucas v. South Carolina Coastal Council, the United States Supreme Court held that such a regulatory taking could require compensation. But the First District clarified that Lucas only applies to real property (land) and not personal property like bump-fire stocks.

Judge Scott Makar, one of the First District judges who heard this case, wrote in a concurring opinion that unlike the regulatory taking or land seen in the Lucas case, here the plaintiffs had the ability to sell or transfer their bump-fire stocks to comply with Florida’s ban. This meant the plaintiffs could have “lessened or avoided” the economic impact of the ban, something that is not possible under a regulatory taking of real property.

Whenever new laws are passed in response to a tragic event, many people find themselves inadvertently caught up in a rush to criminalize previously legal behaviors. If you are facing charges related to the use of possession of firearms or related items and need assistance from an experienced Orlando criminal defense attorney, contact the Baez Law Firm today to speak with a member of our team.