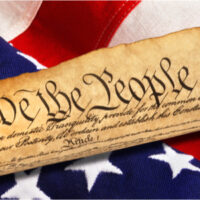 In late May, the Florida Supreme Court once again astonished many in reversing well-established precedent and allowing the state to execute intellectually disabled individuals. The court also did so on its own initiative, and not as a result of a request from the state of Florida. The decision defies a 2002 US Supreme Court decision, which ruled that states may not execute mentally retarded offenders because it is cruel and unusual punishment, in violation of the Eighth Amendment. It also violates a 2014 US Supreme Court decision, which found that Florida’s system for determining whether a defendant was intellectually disabled was unconstitutional and anyone condemned to death in Florida with an IQ score of up to 75 could challenge their sentence.

This is one of several decisions from the newly conservative Florida Supreme Court that has been very active in reversing its own previous decisions. in addition to previously deciding to impose capital punishment without a unanimous jury verdict and backtracking on allowing certain juveniles to obtain new sentencing hearings, in mid-May, the justices also diminished the scrutiny applied to criminal convictions that depend entirely on circumstantial evidence, including those involving capital cases, by upholding a jury’s murder conviction that was entirely based on circumstantial evidence. In doing so, the court also put forth a new appellate standard when it comes to circumstantial evidence cases, indicating that the standard should be “whether the state presented competent substantial evidence to support the verdict.“

In the case at hand, Florida had, for years, defied the 2002 Supreme Court decision that it is unconstitutional to execute the mentally disabled by using its own discretion to dictate that anyone who scores above a 70 on an IQ test is not intellectually disabled, which contravened all scientific consensus. As a result, in 2014, the US Supreme Court specifically struck down Florida’s system for determining whether a defendant was intellectually disabled, holding that anyone condemned to death in Florida with an IQ score of up to 75 could challenge their sentence.

As a result, one defendant who was sentenced to death in Florida prior to this 2014 US Supreme Court decision requested that the decision be applied to his case retroactively and that he be given the chance to prove that he had a disability at an evidentiary hearing. While he was granted the right to do so by the previous Florida Supreme Court, in late May, the newly composed (and very conservative) Florida Supreme Court overturned this decision, even without the State of Florida or any party whatsoever requesting that it do so. In other words, the court spontaneously sought out and repealed a decision that it disliked,  effectively acting as a legislature instead of a court.

As a result of the decision, there is a significantly increased risk that individuals in Florida may be executed even if they are intellectually disabled. However, there is also some evidence that the Florida State legislature has not been quick to pass new laws in accordance with the court’s recent decisions. For example, Florida law still requires juries to be unanimous in order to hand down a death sentence.

If you have any questions or concerns about criminal charges and/or sentences here in Florida, contact the Baez Law Firm. Our Orlando criminal attorneys are some of the best in the country, and we will ensure that your rights are protected from those legislating from the bench.