House Makes Lynching a Federal Hate Crime, But Some Are Skeptical as to Whether This Represents Justice 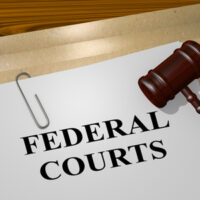 In March, the House officially designated lynching to be a federal crime law, punishable by life in prison, a fine, or both penalties. The law was named for Emmett Till (the “Emmett Till Antilynching Act”), who was tortured and lynched in Mississippi 65 years ago. Congress has considered similar legislation dozens of times over the last 120 years, however, efforts to pass it have always failed. As of now, President Trump is expected to sign the bill into law.

Some have remarked that the bill represents an important measure towards achieving justice for a number of victims of lynching in the past, most of them African American, and sends a strong, clear message to the country that we will not tolerate bigotry in today’s society. However, others criticized the legislation: For some, changes should have been made to ensure that those accused of lynching be tried in state court, where they could face the death penalty. Others also reported opposing the expansion of all federal hate crime laws in general out of concern that enhancing penalties for these types of crimes endangers civil liberties, such as freedom of speech.

The Washington Post published a perspective piece arguing that passing the bill represented an empty symbolic gesture that may make some feel good about their actions, but does nothing to stop the state sanctioned forms of violence that cost black lives today, which occur, in many instances, due to police misconduct. While lynching represents a specific type of murder, murder arguably still continues to serve as an essential part of an American system of racial oppression; Just look at recent actions involving the execution of Nathaniel Woods, an African American defendant condemned by a judge even though a jury failed to reach unanimous verdict on his sentence. Woods had a growing number of supporters point out that there was no evidence showing that he was responsible for the crime he paid for with his life, and was, in fact, simply an accomplice to the crime.

Indeed, the legislation passed does absolutely nothing to address police violence or the everyday injustices in the criminal system, especially those involving innocent people having to pay with their lives simply because they were not able to obtain adequate legal representation in court, which is also what occurred with Nathaniel Woods. Police and prison violence has resulted in more black deaths than lynching ever did. As the author of the article pointed out, “the best way to honor the dead of the past is to stop new forms of killing [those] in the present.”

If You or A Loved One Is Facing Criminal Charges, working with The Best Criminal Defense Attorney Is a Matter of Life & Death

If you have been accused of a crime, it is imperative that you work with an experienced Orlando criminal attorney who will also aggressively represent your civil rights in order to ensure that you receive a fair trial and your rights are protected. If you or a loved one is facing charges, contact The Baez Law Firm. We offer the very best in legal representation when it comes to criminal defense and civil rights in Florida, including cases involving federal criminal charges.